These two simply cannot get enough of football.

New England Patriots wide receiver Julian Edelman posted a photo of him in his uniform with motivational quotes as he usually does. Brady responded not with a, ‘Great photo’ remark. But asked the receiver to come back to the east coast to throw. 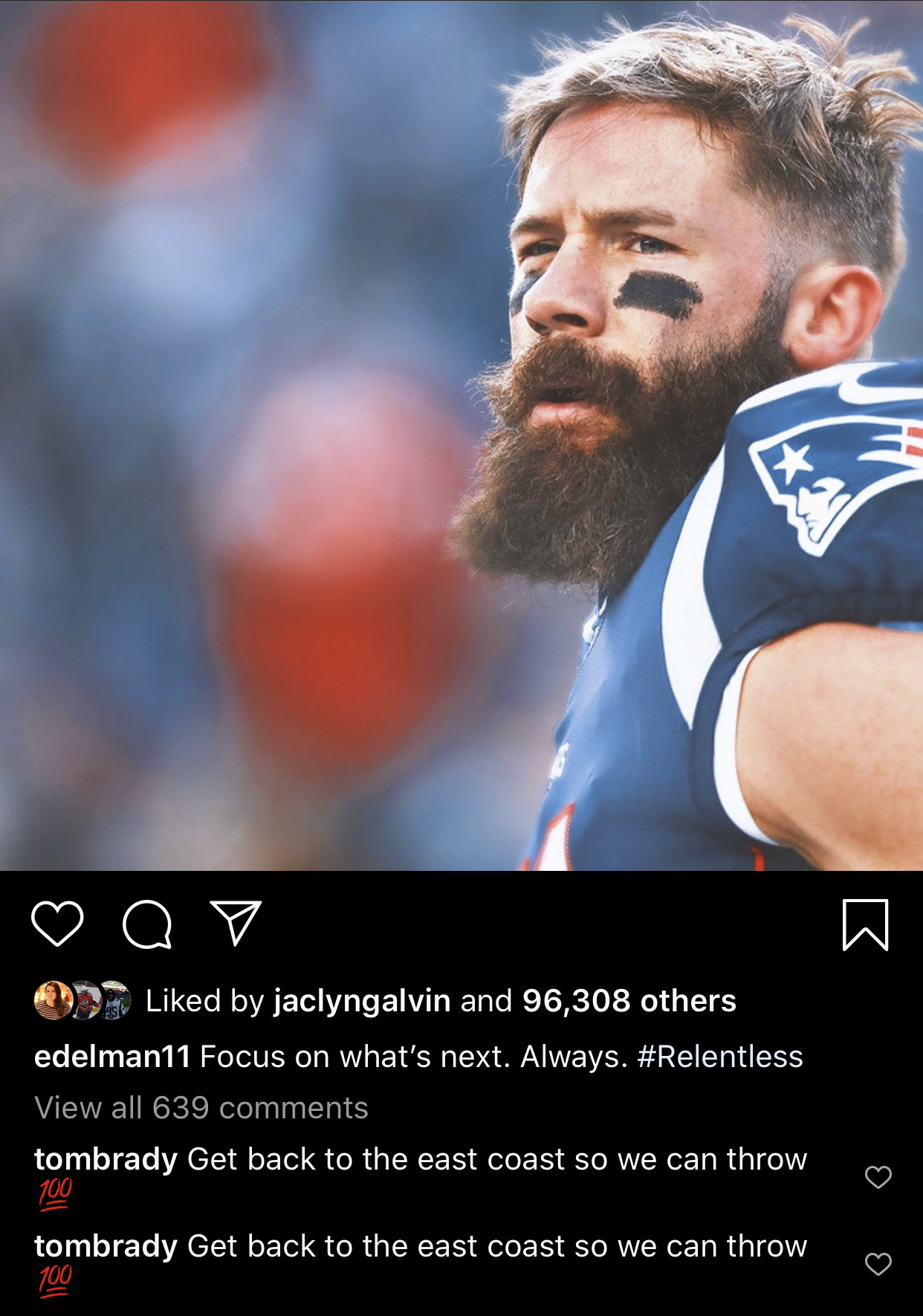 Brady and Edelman are one of the best quaterback/wide receiver combos in the the National Football League today. This past year was one of Edelman’s best with 1,117 receiving yards being his career-high in a season and the second year the receiver had over 100 receptions or more.

The Kent State alum is the only one also this decade to win a Super Bowl MVP award other than Brady in their trio of wins.

The stalemate between Brady and the Patriots regarding his contract is still ongoing.