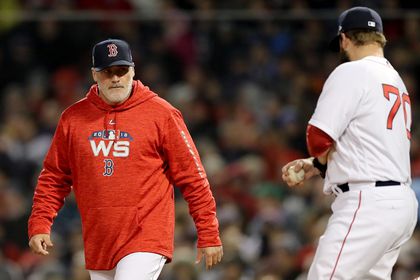 It seemed to be only a matter of time before the Red Sox addressed the struggles in the rotation this past season. And that time was Tuesday morning, as the team re-assigned pitching coach Dana LeVangie to a team scout.

While LeVangie saw his fair share of successes in his couple of seasons as the Red Sox pitching coach, all of that came an abrupt halt as the 2019 Red Sox rotation vastly underachieved to the tune of the 11th-worst ERA (4.95), which ultimately fell to 22nd in the league in the second half.

While that’s not all on LeVangie, this is a business. They can’t blame him for the injuries to Sale, Price, and Eovaldi, or the sudden collapse of Rick Porcello, but someone always loses their job when the results are poor.