The Cleveland Browns finished the 2018 campaign with a 7-8-1 record. For 99 percent of teams, this would be a season to forget. But when you are 1-31 over your previous two seasons, this is an amazing start to an amazing rebuild.

The Browns rookie class was highlighted by Baker Mayfield, who broke the NFL rookie touchdown record with 27. The Browns also got production from rookies Nick Chubb, Denzel Ward, and Antonio Callaway.

After a loss to Pittsburgh, Hue Jackson and Todd Haley were fired and replaced by Greg Williams and Freddie Kitchens.

Make sure to check out all of our other NFL team previews here.

The Browns stunned the football world when they signed Ohio native, Kareem Hunt. Hunt, who was a breakout star for the Chiefs, was released after a video surfaced of him abusing a woman. Hunt is an amazing talent, but nothing will be as big as the trade for mega-star, Odell Beckham Jr. He will be once again paired with his college teammate, Jarvis Landry. The Browns also made an earlier trade with the Giants, acquiring Olivier Vernon in exchange for Kevin Zeitler.

The Browns were also able to bolster that front seven with the addition of Sheldon Richardson from the Vikings. Making that defensive line already more deep and talented than before.

The Browns traded their first-round selection in the Beckham trade but got first-round talent in Greedy Williams with the 46th pick. The Browns also got some late talent with the selections of Mack Wilson and Sheldrick Redwine. The Browns had a clear emphasis on defense in this draft and drafted many talented players late in the draft.

With this new offense, you can expect a lot thrown at you. If you want to double-team Beckham, then Landry will be open. Callaway showed to be a deep threat many times last season and is an excellent all-around athlete. People also seem to forget Rashard Higgins, another player who will hurt you deep. The Browns will be without Hunt for the first eight-weeks due to suspension, but Chubb proved last year he can run inside and outside the tackles. Kitchens showed some creativity last season with reverses, jet sweeps, WR passes, and so on. The biggest question is will that offensive line be able to replicate their performance late last season. With gun-slinging Mayfield controlling the Browns, you have no room for error. There is too much talent on this offense.

The Browns defense is known for its toughness and athleticism. Adding Richardson and Vernon to a defensive line that already has players like Larry Ogunjobi and Myles Garrett will cause nightmares for opposing offensive lineman. behind them is Joe Schobert and Christian Kirksey, two pro-bowl level linebackers. Throughout camp, it seems that Wilson will be able to get some time alongside Schobert and Kirksey. The Browns may also have Vernon be a “stand-up DE.” The Browns have options at that spot. The Browns secondary, while solid, has some question marks. Will Ward be able to stay healthy? Is Williams going to be able to translate to the next level? Who is playing SS? After Damarious Randall, the Browns are thin at safety.

*Indicates suspension and will not count on the 53 Man Roster until the suspension is up.

It’s obvious who the starter is. Stanton provides great veteran leadership, and Gilbert is an AAF MVP (kind of.) That QB RV has a real fun group!

Hunt will be suspended the first eight games of the season. With the Trade of Duke Johnson, Jr, Hilliard, who has surprised at camp, is now the RB2.

Without a doubt the most talented group in the NFL. As mentioned before, Beckham and Landry played together at LSU. This gives them that chemistry and leadership to pass down to their younger teammates. Unfourtantly, the feel-good story of Damon Sheehy-Guiseppi will have to continue as a special team specialist.

Lots of young talent here for the Browns. The question is, will Njoku finally make that big leap this season?

This group had a tremendous finish to the season. Outside of Bitonio, there are no real “big names.” This group will be very important to the success of the Browns.

If I were an offensive lineman in the NFL, I would fear this defensive line more than any other. They are just so talented.

The Browns have a healthy mix of pro bowl level of experience and young talent. I’m really excited to see what Wilson and Takitaki bring to the table.

The Browns really need Ward to stay healthy this season. Mitchell and Carrie are fine players, but not players you can rely on. Another player I’m very excited to watch is Williams. Falling to the Browns in the second round is still very puzzling.

The biggest question on this defense. Outside of Randall, this team is thin on talent. The Browns may have to call on hard-hitting rookie Redwine to get some real-time at FS.

Austin Seibert has been a complete waste of a fifth-round pick. He has been dreadful at camp. It pains me to cut Britton Colquitt, but Gillan, better known as “the Scottish Hammer,” cost $2 million less and has impressed at camp. Guiseppi will profit from the Calloway suspension and become a return specialist.

The expectations have never been higher for the Browns. They have championship-caliber talent, they finally have their franchise QB, they have a head coach who is buying into the culture, the time is finally now. Its time to finally put it all together and win the division, win the conference, and win a Super Bowl. Unfortunately, they won’t do all of that this year.

Season Prediction: 10-6, Win the AFC North, lose in the Divisional round. 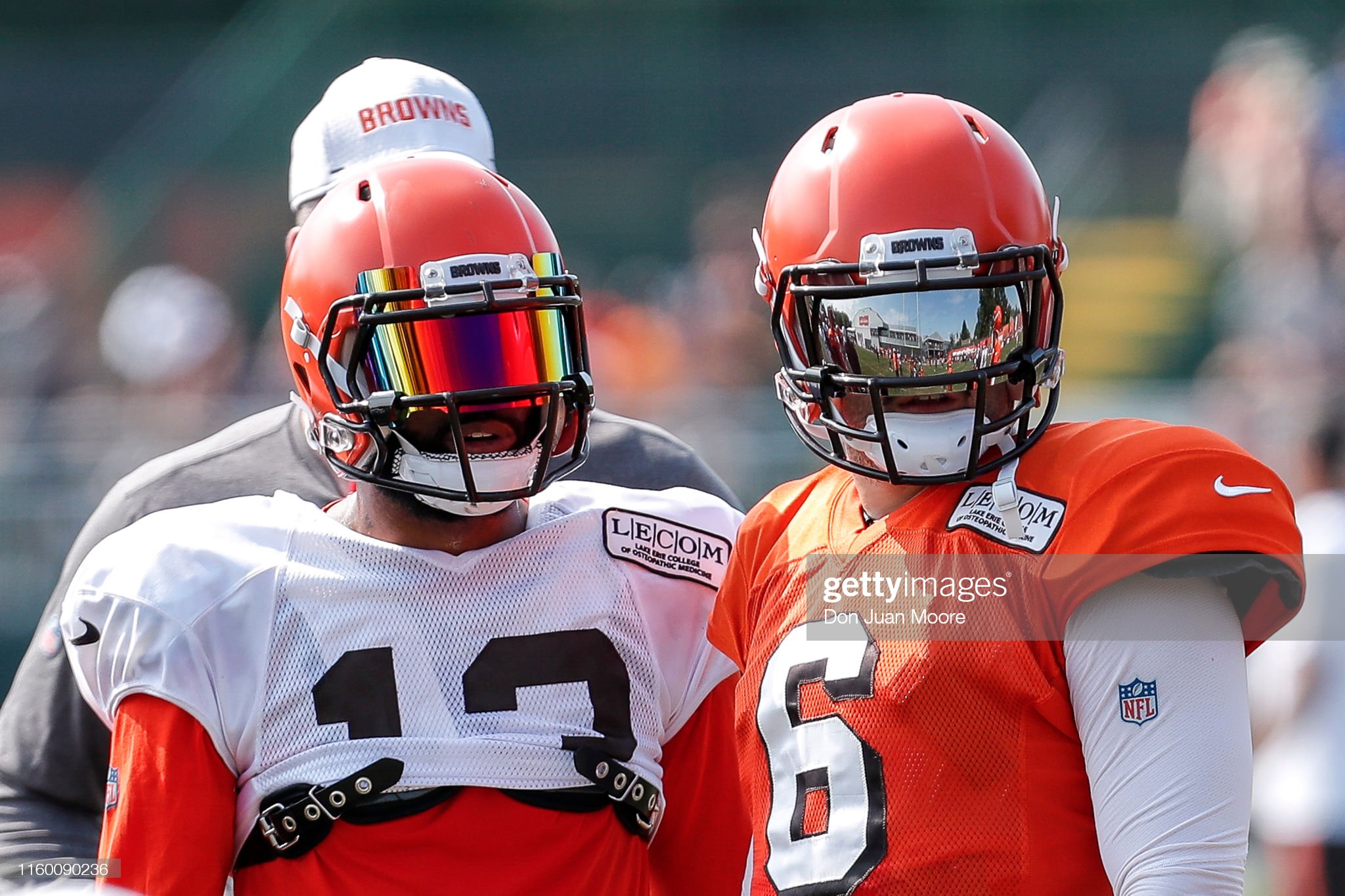