With 32 teams in the midst of regular-season preparation via training camp practices, we often see the hype for rookies spin out of control. It seems like every year without fail, NFL Twitter gets a hold of a couple clips of a corner making a nice interception, or a running back juking a linebacker and leaving them in the dust, and proclaims them as the next great thing. I’m here to look at seven players that were drafted in April that have seen a ton of chatter, and to give my predictions on if they will prove worthy from day one.

*Note 2: this list is focused solely on THIS season, and is not a projection for these players’ careers*

Unfortunately, after being praised for picking the speedster safety 21st in the NFL Draft, the Packers have only just begun to see Savage in action. An unexpected wisdom tooth procedure kept him out of the first five training camp practices. However, the versatile safety is expected to be a key piece in defensive coordinator Mike Pettine‘s defense. New head coach Matt LaFleur praised Savage throughout OTAs and the mandatory mini-camp, and if Savage returns to form during the rest of training camp and the preseason, we should anticipate good things. Verdict: HIT

Shocked. That’s one word to describe many draft fans when Commissioner Roger Goodell announced that the Oakland Raiders would be taking the high motor Clemson defender number four overall. Being a high draft pick, especially an unexpected one, leads to pressure and expectations. This is not Ferrell’s doing however, and all he can do is work to help rebuild an abysmal Raider defense that only notched 13 sacks last season. Will he live up to the draft position? His blend of agility and physicality, along with his high floor should have Raiders fans excited to watch him throughout the season, but I’m not convinced he will be the guy to turn around that defense. Verdict: MISS

Chris Ballard, PFWA’s GM of the Year, is no stranger to successful drafts. Last year, he took one of the top prospects in the entire draft in Quenton Nelson, but perhaps even more impressively, he found a diamond in the rough in linebacker Darius Leonard (that Leonard guy won Defensive Rookie of the Year, by the way). Could Campbell be Ballard’s next draft steal? The 6’0, 200 pound speedster out of Ohio State was a dream choice for head coach Frank Reich, and he intends on using him from the start. Used as more of a gadget player at Ohio State, throughout camp Campbell has impressed the staff with his better-than-expected route tree, with Coach Reich going out of his way to reiterate that Campbell is NOT a gadget player. Paired with star wideout T.Y. Hilton, Campbell has the looks of a strong contender for Offensive Rookie of the Year. Verdict: HIT

A favorite of many draft pundits pre-draft, Montgomery seems to have landed in the perfect situation. Gone is Jordan Howard. Tarik Cohen is a nice piece, but the diminutive player is not expected to be a bell cow any time soon. Montgomery will look to be the guy to elevate this Bears team to a serious NFC Championship run at the very least, and his combination of powerful running and underrated hands should bode well for Chicago. Pair the 5’10, 215-pound bruiser with the ever-improving Mitchell Trubisky, and this one is easy. Verdict: HIT

It can’t be easy being the guy that comes after Saquon Barkley. The generational prospect was drafted number two overall and earned Rookie of the Year honors. What happened at Penn State during that time? Insert Miles Sanders. The powerful runner exploded in his junior year which led to being drafted in the second round by the Eagles. He makes sharp cuts, has a solid balance on contact, and is generally well-rounded. However, he did struggle in college with both ball security and pass protection. His decision-making also leaves a bit to be desired, which is understandable given his limited use throughout his first two college years. With an injury-prone Carson Wentz back under center, Sanders will need to shore up his protection skills to ensure he stays on the field. Verdict: MISS

Metcalf might be the most polarizing player on this list. We all saw his workout photo which led to some crazy hype in and of itself, but by draft day, the buzz had seemingly quieted down. I’m not sure many expected Metcalf to fall to pick 64, but Seattle quickly and happily scooped him up. He posted a blazing 40 time and a great vert, but had an awful short shuttle, so what gives? If Metcalf is running a nine route on every play, with Russell Wilson‘s huge arm, maybe things will work. But Metcalf’s college career, for all of his hype, was lackluster. His scary neck injury had some wondering if he’d play again, and his college teammate A.J. Brown was more highly regarded by many. The lack of agility and route-running skills are alarming. I hope he proves me wrong, but I just don’t see him breaking out this year. Verdict: MISS

What a meteoric rise for Murray. We all know his story. First-round MLB pick by the Oakland Athletics. Heisman winner for the Oklahoma Sooners. #1 draft pick by a team that had just selected Josh Rosen the year prior. What can we expect from Murray and his new coach Kliff Kingsbury? In a word: fireworks. Expect Kingsbury’s fast-paced air raid offense to pair perfectly with Murray’s cannon of an arm, and especially his true dual-threat nature. That being said, the Arizona Cardinals are pretty starved for talent throughout the whole roster, and nobody on the offense inspires hope outside of the timeless Larry Fitzgerald, and perhaps the ghost of David Johnson. Are the Cardinals in the middle of a rebuild? Yes. Do I expect the Cards to win many games this season? No. Do I expect Murray to light the league on fire, despite the deck being stacked against him? Yes…yes I do. Verdict: HIT 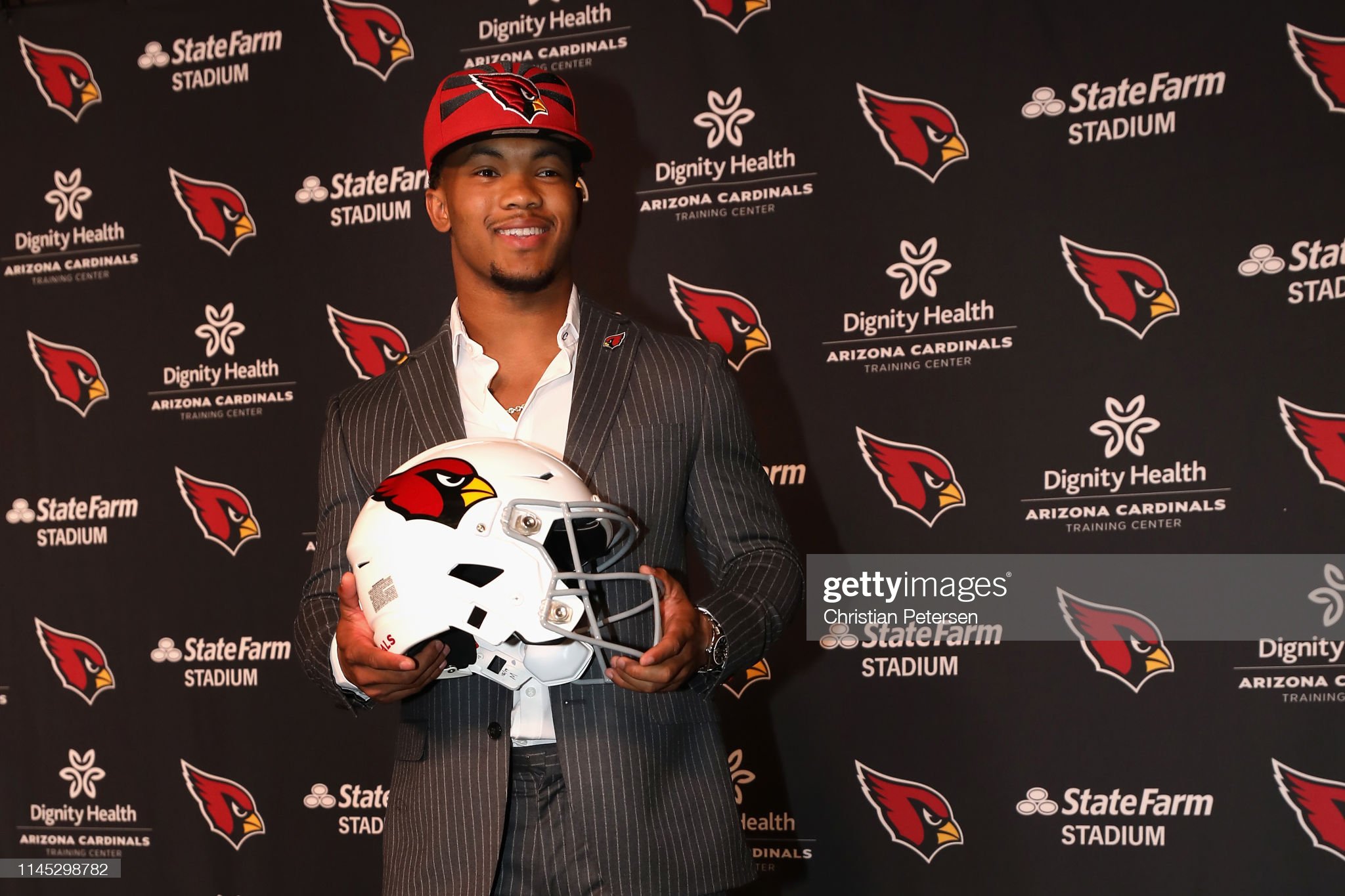