To put it mildly, it has been an underwhelming couple of years for Chicago Bears wide receiver Allen Robinson, but in 2019 he is going to remind the NFL that he can still hang with the best of them. Fantasy owners are still salivating over Robinson’s 2015 season, where he dropped 1,400 yards and 14 TDs to finish as the WR6, but he is finally going to pay-off for those who give him one last chance.

Robinson’s lack of production since his epic 2015 season is hardly his fault. His wildly mediocre quarterback on the Jaguars, Blake Bortles, came crashing down to earth in 2016 as Robinson had a measly 57% catchable target rate, which was the sixth-worst for wide receivers with at least 50 receptions. He also saw his deep target success rate drop by roughly half. In 2017, Robinson tore his ACL in the first game of the season and was out for the year. And last season, he was on a new team with a new head coach, and he had to learn a much more complex offense with sophomore quarterback Mitch Trubisky, all while rehabilitating from his torn ACL. That was a tall task for any wide receiver to come in and produce high numbers right away, however, the back half of last season should have fantasy owners reeling with excitement for Robinson’s possibilities in 2019.

Robinson and Trubisky got off to a rough start last season, but both were learning the offense on the fly. However, once Week 10 rolled around we saw a drastic shift in Robinson’s usage, as he failed to record at least seven targets just once for the remainder of the season. We also saw his production markedly increase as he went from 11.4 yards per reception (YPR) in his first seven games to 15.3 YPR over his last eight games, which was a 16-game pace of 80 receptions for 1,224 yards. We also saw Trubisky’s completion percentage jump from 64% over the first eight weeks to 69% over the final seven. Robinson capped off his late-season surge by breaking the Bears all-time playoff game receiving record with 10 receptions on 13 targets for 143 yards and 1 TD. If you don’t think he is itching to get back on the field and show the dominant player is capable of being, then you don’t understand football players.

The major concern with Robinson’s fantasy value is the lack of touchdowns as he only had four in 2018, but one thing that has always been constant in fantasy football is that touchdowns are unpredictable and flukey. We have seen Mike Evans score 12 TDs twice and five TDs or less twice. We have also seen 14 TDs from Doug Baldwin and James Jones in a season, as well as two five TD seasons from the second-greatest wide receiver of all time, Calvin Johnson. I am not suggesting that Robinson will score 12-14 touchdowns and finish as a top-five wide receiver, but seven to nine touchdowns is a reasonable projection which would have him firmly in the WR2 conversation for your fantasy team.

Robinson also has a few other things going his way in 2019 that should lead to a much more productive season. First off, he is just entering his prime at only 26 years old, so dynasty owners should be trying to acquire him while his price is so low. Next, he will have a full offseason with Trubisky to build on their late-season chemistry, and it is the same offense under the same coaches so instead of learning the playbook he will be spending his time mastering it. Further, this will be his second season removed from his torn ACL and it is widely accepted, in both the football and medical communities, that the second season back from a torn ACL is finally when the athlete is back to 100% health. Houston Texans quarterback DeShaun Watson is also coming into his second year removed from an ACL tear, and even as early as OTAs he said that there is so much more that he is able to do right now than he could last season. Robinson will have zero limitations in 2019.

There are a lot of mouths to feed in Chicago, but Robinson is an elite talent that fantasy owners will regret passing on. His current average draft position (ADP) is a laughable WR30, behind guys like Jarvis Landry, Tyler Boyd, D.J. Moore, and Tyler Lockett, all of whom I would draft Robinson over. He is going to smash that ADP and easily finish inside the top-24 at his position. This offense is going be more productive in year-two under Matt Nagy, and I expect Robinson to see a Zach Ertz-like role in this offense since there are no tight ends talented enough to fill that role, and he is unquestionably the best receiver on the team. We have seen flashes of brilliance and highlight-reel catches from Robinson in years past, but in 2019 he finally puts it all together and rewards those wise owners who never gave up on him. 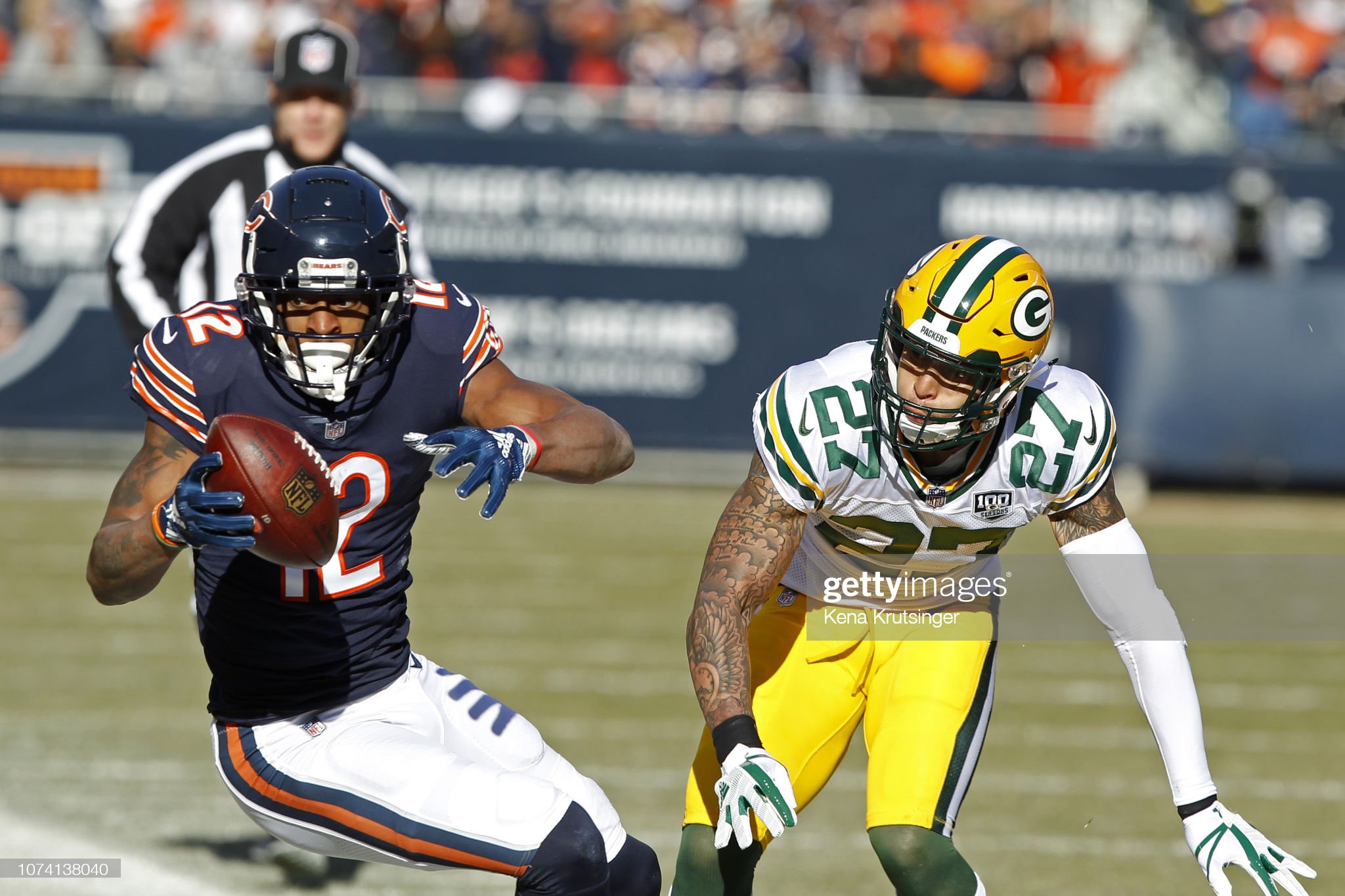 2020 Fantasy Rookie Wide Receivers to Watch for in the Draft