Locks, Stacks, and Barrels – MLB DFS for May 29th 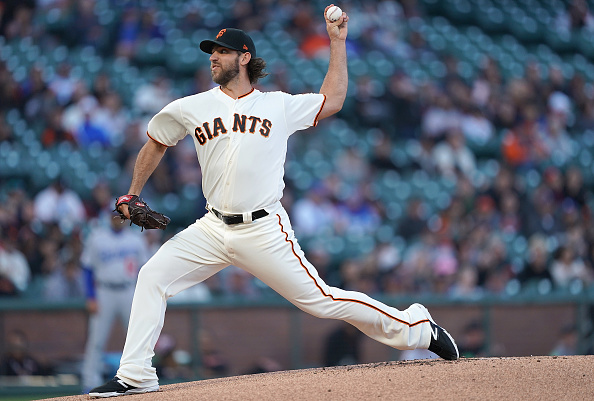 The baseball season is a grind. It’s every single day. We will approach DFS the same way and be winners at the end of the season even if we have our hot streaks and slumps. Every day there are safe bets that flop and values that hit big, but we need to stick with our strategy in evaluating and playing. Let’s take a look at what we have today.

Madison Bumgarner – The big lefty is already being talked about as a top trade candidate for playoff-caliber teams. While the rumors swirl MadBum has been pretty solid this season. He has thrown at least six innings in 10 of his 11 starts. He also has a nice 70/13 K/BB rate. He faces the Miami Marlins who are last in the National League in OPS with an abysmal .626, and the wind will be blowing in from center field at around 14 mph.

Blake Snell – Pay up for this guy today. Snell gives you elite strikeout upside (78 Ks in 55.2 IP). He has been dominant this year except against the Kansas City Royals for some reason. Outside of facing KC he has only allowed 10 ERs in 49.1 IP and has a ridiculous 73/10 K/BB rate. Randal Grichuk and Justin Smoak are a combined 4-25 against Snell with no extra-base hits and a 2/8 BB/K rate.

Pablo Lopez – Jump on this matchup. Lopez is facing the horrible San Francisco Giants lineup, and Pablo is home tonight where he is 2-1 with a 1.93 ERA along with a 26/4 K/BB rate in 23.2 innings. As mentioned before, the wind will be blowing in, and he has the advantage of never having faced anyone in the Giants lineup.

Tampa Bay Rays – The last time they faced Trent Thornton they obliterated him to the tune of three HRs and five ERs in just three innings. Austin Meadows has picked up where he left off before his injury and Kevin Kiermaier has a hit in nine of his last 10 games.

Nolan Arenado – Any time Nolan faces a lefty at home you have to find it in your budget to get him in your lineups. Tonight he faces a familiar foe in Robbie Ray. Arenado enjoys hitting against the Arizona lefty as he is 13-34 with nine extra-base hits (5 doubles, a triple, and 3 bombs). He has been red hot as of late also going 16 for his last 33 with four HRs and only two Ks.

Kris Bryant – Another guy who has been tearing the cover off the ball. In the month of May Bryant is slashing .345/.462/.736 with nine HRs in 106 PAs. He will be facing Wade Miley tonight whom he’s had success against with five hits in 11 ABs. To make matters worse for Miley, the wind will be blowing straight out to center at about 14 mph.

Dexter Fowler – This is a little contrarian here because he is facing Aaron Nola, but Fowler hits him well although it is a small sample size. Dex is 4-8 with two HRs, but he also has a 2/1 BB/K rate and a SB vs. the Philly righty. Three of Fowler’s four HRs this year have come off of righties and he has much more power as a lefty in his career (85 of 108 HRs as a lefty). He is also batting leadoff tonight.