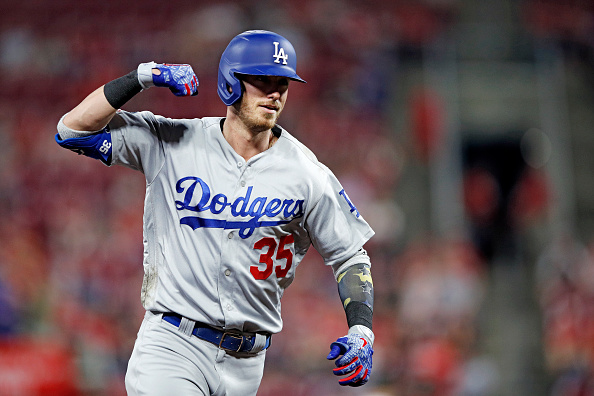 Cody Bellinger is my early favorite for National League MVP, and here is why.

Last season, Bellinger hit 25 home runs, 76 runs batted in, batted .260%, and he had 145 hits. This season, Bellinger has tremendously improved his game. His batting stance looks much better, and that explains the 17 home-runs. He is just 9 home-runs away from passing last seasons total.

Bellinger leads the National League in batting average with a .389%, second in home runs with 18, second in runs batted in with 46, first in runs with 44, tenth in walks with 29, fifth in stolen bases with 7, first in slugging percentage and on-base plus slugging. He is top ten in all these categories, and there could be an argument for him to win the unanimous National League MVP if he keeps this play up.

Bellinger is off to one of the hottest starts we have seen from any player in Major League Baseball history. In the first eight games of the season, Bellinger had a league-leading 5 home runs and 13 runs batted in. According to Ken Gurnick, that is the most any player has collected in the first eight games of a season since Alex Rodriguez went on a similar tear for the 2007 Yankees.

If that’s not enough, the Dodgers currently have the most wins (33) in the National League and are atop the NL West division. Bellinger will need to be a big part of the Dodgers offense if they want to reach the World Series again and hope to win it this time, so I don’t expect him to slow down any time soon.