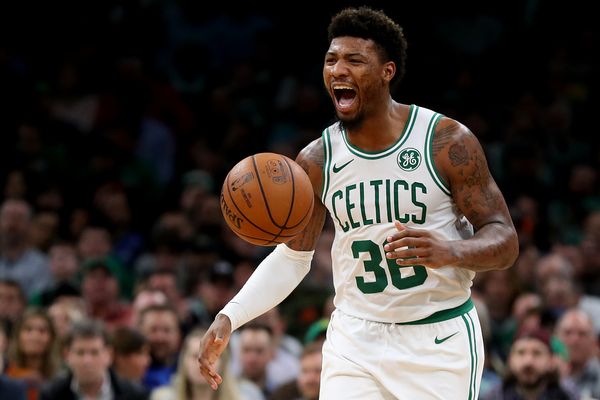 The NBA announced its All-Defensive teams on Wednesday, and Celtics’ member Marcus Smart led all guards in voting.

Smart, at 25 years old, is the second-youngest player out of both the first and second teams. He was one of the few bright spots for the Boston Celtics, despite scoring just 8.8 points per game.

The 6-foot-4 guard had a career high in steals with 1.8 and continued to build his reputation as a tough, physical, and talented defensive player.

He is the first member of the Celtics to make the All-Defensive first team since Avery Bradley did it in 2016. And, although nobody else on the team received votes for first-team honors, Boston did also have some players getting recognition towards the second team.

Incredibly Kyrie Irving got a vote for All-Defensive 2nd Team.

Jaylen Brown got one vote for 2nd Team.

Seeing Al Horford and even Jaylen Brown getting at least a sliver of respect isn’t a huge surprise, as they are all integral parts of a defense that had the sixth-best defensive rating this year.