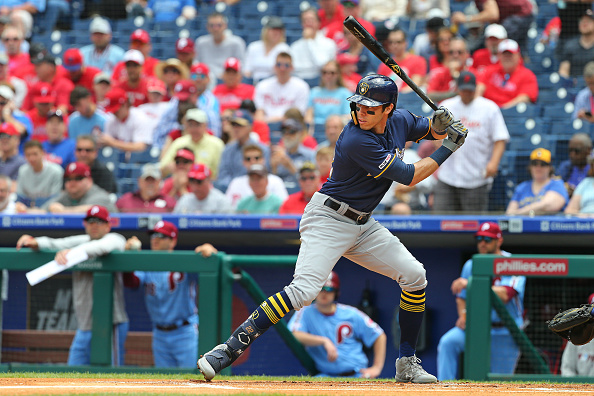 Week seven of the fantasy baseball season has now concluded and Christian Yelich ONLY has 19 home runs. What a bust, right? Of course, the best place to improve your fantasy team is through the buy low and sell high transactions of barter.

I am sure you have read this story before over the past two years, but it’s true, yet again, in 2019. Carpenter is batting an abysmal .205 with five home runs. However, this start is very reminiscent of last season when he slashed .140/.286/.272 in his first 35 games. He currently owns an 8.1% home run to fly ball rate while still smashing the ball with a 41.7% hard-hit rate. This current relationship is unsustainable for a hitter with Carpenter’s track record and a hot streak is coming, much like last year. Who doesn’t want this production on their fantasy team?

You've seen the numbers but they are worth repeating.

Yes, Scherzer has still produced like an ace this season. Though, he currently holds a 3.72 ERA and has not demonstrated any clear signs of decline. He has failed to perform like the best pitcher in baseball he was projected to be on draft day and there is a window to buy low. He has a FIP and xFIP a full run lower than his ERA at 2.46 and 2.90 respectively. It is clear that Scherzer has been unlucky this season with a career-high BABIP, .363, and only a 70.7% strand rate. I still believe Scherzer is the best pitcher in baseball and it is time to acquire him before he performs like it.

I am very high on German and like his long-term fantasy outlook. However, as far as for the 2019 season, I would look to move him while the rate is at a premium. The main concern with German is the potential innings limit that could arise towards the end of the season. German has never pitched more than 123.1 innings in a season and could face concerns with the workload as the Yankees approach the postseason. There is also a regression coming. German is second in baseball (50 min IP)  with a .225 BABIP and seventh in the majors with a 7.7% home run to fly ball rate. German is expected to experience regression as he currently owns a 3.86 xFIP and 3.88 SIERA.

This deal might be difficult to make given the positional depth at shortstop. However, it might be more likely in a roto league with an extra middle infield position. While Anderson has performed up to this point, his lack of plate discipline (3.6% walk rate) will eventually hurt his fantasy value. With a .380 BABIP and career low 19% strikeout rate, Anderson’s .335 batting average will regress to the mean. This will limit his ability to acquire counting stats and, more importantly, stolen bases. Hopefully, he will continue to bat flip off Homer Bailey.