MLB DFS – Locks, Stacks, and Barrels for May 15th 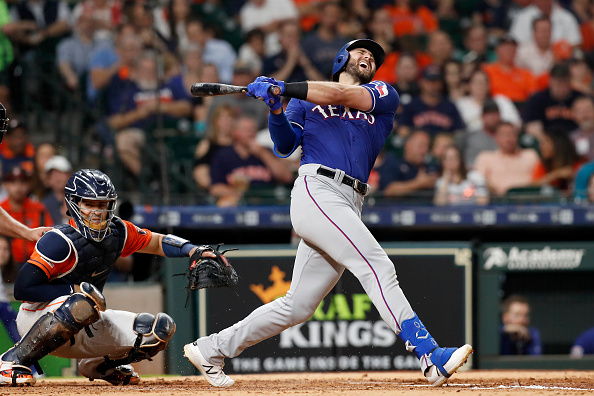 Pinch-hitting for your normal Wednesday MLB DFS writer, I will be taking you through some options for the main slate of games on Draftkings. These options can also be used on Fanduel or Yahoo as well. Let’s get right into it as we present this week’s Locks, Stacks, and Barrels.

What would be the point of having the locks category if we didn’t put the best pitcher on the slate in it? Justin Verlander could be labeled a lock just about any night. If we were willing to use Brad Peacock on Monday against the Detroit Tigers, why wouldn’t we use Verlander here? He will be facing his former team in Detroit, a ballpark he is very familiar with. And he will be facing an almost powerless group of predominantly right-handed batters. Expect Verlander to mow them down and rack up the Ks.

If we learned anything from last night it’s that the Rockies can really swing and miss a ton. Yes, Chris Sale is really, really good, but this isn’t a fluke. Don’t expect another 17 Ks, but there will be some. The Rockies strikeout at a 23.7% clip against righties which isn’t terrible. But they strike out at a 27.6% rate against lefties, which is the sixth highest in all of baseball. They also strike out the second most against left-handers on the road at 33.3%. Colorado has the third most plate appearances vs lefties on the road and most overall. They also have the lowest walk rate out of any team against left-handed pitching on the road.

Urena is so inexpensive that we simply have to take a look at him. He’ll be pitching at home against a Rays lineup projected to mix in a lot of right-handed batters. Urena will give up his fair share of hard contact and may not have the strikeout upside we want, but he also does a good job of keeping the ball on the ground with a 51.3% GB rate. Against right-handed pitchers, the Rays hit the ball on the ground fifth most at 45.9%. We don’t need a huge game from him to pay off his price tag. 15-20 Draftkings points should do the trick.

If it ain’t broke don’t fix it. That’s how the saying goes right? The Astros have been a trusted stack for much of the year. They are definitely far from broke as they just put up another 11 runs last night. Gregory Soto made his big-league debut May 11th after being called up from Double-A Erie. The Twins absolutely shelled him. In his four innings of work, he served up seven runs on nine hits. Houston leads all of baseball in wRC+, wOBA, and ISO against left-handed pitchers, and the numbers aren’t all that close. Gregory Soto will once again regret bypassing Triple-A. Anyone and everyone is a good option for the Astros.

Lopez is basically just an innings eater right now, and that’s only when he can do that. In eight starts, Lopez has a 6.07 ERA and 2.09 HR/9 rate. He’s given up three homers on two separate occasions. While Texas got blown out last night, their offense seemed to look okay. The weather in Kansas City should be decent for hitting as well.

This will be my contrarian pick for tournaments. I’ll have plenty of exposure to Rodriguez in other lineups, but Colorado could very well rough him up as well. If they do it will likely come from Trevor Story, Nolan Arenado, and Charlie Blackmon. Because they are expensive they should be low-owned. Most people will be looking to stack up the Astros and other teams in better spots.

Conforto will be squaring off against left-handed hurler Patrick Corbin. Not many people will be looking at his direction because of the lefty-lefty matchup. This could be a nice contrarian play. Conforto has had major success against Corbin in the past. He is 6-14 with five extra-base hits and four of those were home runs.

We couldn’t have a barrels section without Mr. Barrels himself, Joey Gallo. Last year, Gallo was third in barrels per plate appearance percentage (11.4%). This year, he has a 12.8% Brls/PA%. And he is second in barrels per batted ball events percentage with 29.2%. It is highly likely if he hits the ball in play it’s going out of the yard. He gets a juicy matchup against Jorge Lopez and I’m willing to bet he pops one.

Acuna gives you the home run upside as well as the stolen base upside. He will be facing Cardinals right-hander Michael Wacha. Wacha has really struggled so far this year, with a 5.35 ERA and an HR/9 rate approaching two. He is notoriously worse against right-handed batters in his career and that is no different this year. Wacha has allowed five homers to righties and they have a .374 wOBA against him.