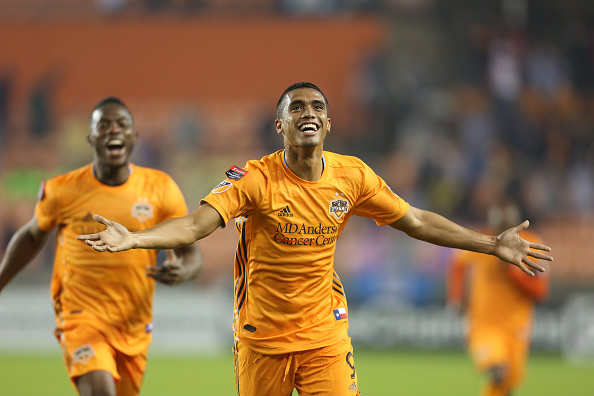 Before this weekend’s games began, I pinpointed three specific matches as must-watch action in the MLS this weekend, and the very first game I mentioned was the Texas Derby between the Houston Dynamo and FC Dallas. Let’s just say they didn’t let me down.

Perhaps the most notable takeaway from this game is the position that it puts Houston in arguably the most promising position in the league. After Los Angeles FC settled for a draw and a leaky back four from the LA Galaxy saw the outclassed New York Red Bulls come from behind to steal all three points from the Galaxy, the Houston Dynamo find themselves not only third in the Western Conference seedings now, but also holding the top record in the MLS on points per game thanks to their two games in hand.

While FC Dallas was in control of the possession all game and played a scrappy brand of soccer around the midfield that saw them win the majority of 50-50 balls, Houston proved lethal and decisive on the counter. Mauro Manotas has been on fire in front of goal recently for his team, and today was no different.

Houston can largely credit their opening goal to Carlos Gruezo, for bringing down Alberth Elis in the box with a sloppy follow-through on a tackle that, if executed better, would’ve quickly dealt with what seemed to be building up to be a futile attack. Instead, it gave Manotas a penalty which he converted into a one-goal lead.

Half an hour later, Manotas would double that lead and bag his brace as he finished off a textbook Houston counter attack when he swept a low cross from Memo Rodriguez into the back of the net.

Dallas pulled back into the match with an 87th-minute goal from substitute Dominique Badji, and momentarily looked to have equalized and earned a draw in the last minute of stoppage time when Santiago Mosquera finished an easy tap-in off a free kick, but he was controversially ruled offside, ending the game at 2-1 in favor of the Dynamo.

As Houston rose up the standings, FC Dallas slid below them to fifth in the conference, failing to extend their unbeaten streak in just their second Texas Derby loss since June 2012.

Next weekend, the Houston Dynamo head to Seattle to face off against another playoff-projected Western Conference opponent in the Sounders, while FC Dallas has to be hoping that the New York Red Bulls won’t get a chance to take them down a peg the same way they did to the LA Galaxy yesterday.

Eduardo Camavinga Deserves A Call-Up To The French National Team