Reds’ Top Prospect Getting the Call 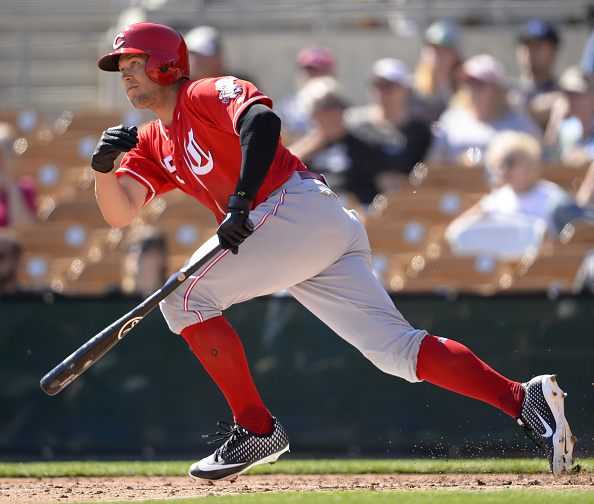 Center fielder Nick Senzel, the Cincinnati Reds’ top prospect and MLB Pipeline’s No. 5 overall prospect, is getting the call to the show on Friday. The Reds are sitting in the cellar of the NL Central with a record of 13-18, as of May 2. Senzel will be a boost to the Reds offense and hopefully boost Cincinnati’s attendance at Great American Ballpark. Their average attendance per game so far this year is just over 15,000. The Reds offense right now is ranked 25th in the league overall, and last in batting average with .210. Their best hitters are Joey Votto and Jesse Winker, with batting averages of .232 and .224, respectively. Winker has 13 RBI and 8 home runs with a .805 OPS.

Senzel has only played in eight games so far in Louisville because his season didn’t start until April 23, after spraining his right ankle during Minor League spring training in March. Senzel played third, shortstop, and second before the Reds transitioned him to center field this year. Being an infielder his whole life and being down to move to the outfield shows a lot of determination and that he will play anywhere that is asked of him.

With Eugenio Suarez, Jose Iglesias, and Jose Peraza manning third, short, and second, respectively, he would have been blocked at all those positions. But he should be able to fill in for any of those positions as well, maybe being a utility man. Center field is definitely a position of need for the Reds, as their starter at the moment, Scott Schebler, is batting a mere .127 with a .486 OPS and 7 RBI.

The Reds selected the 23-year old Senzel with the second overall pick in the 2016 draft from Tennessee, and he has risen fairly quickly through their system. The decision has not been made by Reds’ manager David Bell whether Senzel will start on Friday when called up, but he should make his Major League debut at some point in the weekend series against the San Francisco Giants. Senzel becomes the fourth MLB Pipeline Top 10 prospect to make his debut this season, after Vladimir Guerrero Jr., Fernando Tatis Jr., and Eloy Jimenez made their debuts earlier in the season.

Chris Sale has Provided a Boost in his Return