Atlético Madrid will participate in the MLS All-Star Game 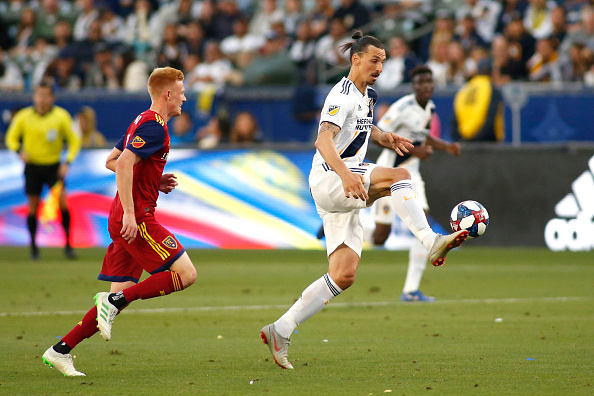 The MLS All-Star game is set, against one of the best teams in La Liga, Atlético Madrid.

MLS All-Star games are always fun to watch, but this season, it will have a different feel to it. Last season, the MLS faced off against Juventus, they tied at one apiece, but, Juventus won the game in penalties 5-3. Now, obviously, this game is just a friendly and all for the fun of the game. But, this is also MLS’ chance to show out and prove to the doubters that they aren’t bringing star-studded talent for no reason, these players aren’t coming here and wasting their career, or as some people like to call it a “retirement home.” It has become a competitive league, and it will continue to be, as long as the young players develop, and more stars continue to sign with the MLS.

This MLS All-Star game will have a different feel to it because it will likely feature Wayne Rooney, Bastian Schweinsteiger, Nani, and none other than Zlatan Ibrahimovic. These players all have one thing in common; they all played for Manchester United at some point in their legendary career. These four players have played almost everywhere around the world, and now they are playing in the MLS. This is a big deal for the league and soccer fans in America. It will be a very competitive game, friendly, or not when Antoine Griezmann leads Atlético Madrid in Orlando City Stadium on July 31st.

Enrique Cerezo, Atlético Madrid’s president, said, “Atlético de Madrid is proud to participate in our first Major League Soccer All-Star Game and battle the many great players of MLS.” This game will feature MLS’ best talent, and it will feature stars such as Antoine Griezmann, Diego Costa, Alvaro Morata, and Jan Oblak. It will be a fun game to watch.

The 2019 MLS All-Star game will mark the 16th time that an elite international club has played the MLS All-Stars. They have faced off against top club teams in the English Premier League, Bundesliga, Serie A, Liga MX, and Scottish Premiership. The MLS holds a record of 8-4-3 against some of the worlds most prestigious clubs.

I believe the MLS All-Stars will be able to knock off Atlético Madrid, because of the amount of talent they have. Led by Zlatan Ibrahimovic, the other All-Stars featured will likely be Carlos Vela, Schweinsteiger, Rooney, Nani, Tim Howard, Josef Martínez, and more.  This star-studded game will be competitive and fun to watch.