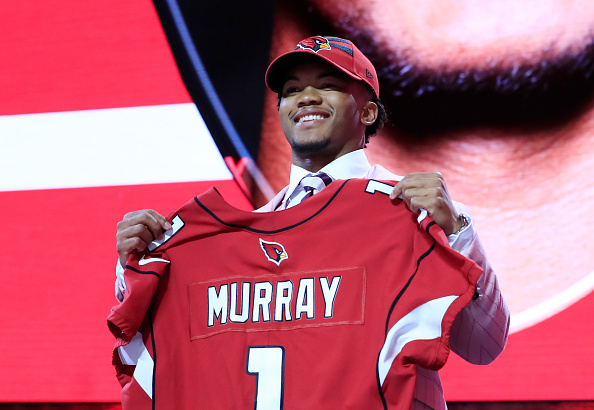 The Cardinals threw Josh Rosen to the curb after giving him just one year to prove himself? They draft his replacement with the first overall pick, but was it the right move?

Yes, you read my grade correctly. The Cardinals ditched Josh Rosen after one season with a terrible team around him and a poor coaching staff. Instead of building around him, they gave up on him. They’d be in such a better place right now if they kept Rosen and took someone like Nick Bosa or Quinnen Williams at one. Instead, they give up their first round pick from 2018 in exchange for a 2019 second-round pick as well as a 2020 fifth-round pick. We’ll talk about the result of that second-round pick shortly. Not great value there. This was a terrible trade that put the Cardinals in a bad spot.

On a separate note, my father actually brought up a good point. The Dolphins acquired Josh Rosen and he will start for them this season. But what happens if they still struggle and get a top-five pick? Does the same thing happen to Josh Rosen again? Do the Dolphins deal him so that they can get their Justin Herbert or their Tua Tagovailoa? Josh Rosen has to prove himself this year not only to the Dolphins but to the Cardinals. He needs to show them that they may have made a mistake in trading him.

The Cardinals took the best player available with the first pick of the second-round. I had a top-15 grade on Murphy, so this is insane value and it fills a huge need. Patrick Peterson finally has someone else to play across from him. We will see the “best player available” pick become a trend for the Cardinals for a lot of this draft.

This was most definitely not a “best player available” pick for the Cardinals. There were many better players and better receivers on the board for the Cardinals to pick, but they went with the speed demon, Andy Isabella. Isabella will fill the John Brown role when the Cardinals had him a few years ago. I don’t expect him to break 1,000 yards maybe ever, but he is a good player for Kyler Murray to stretch the field with. I would have loved to see D.K. Metcalf or Scary Terry McLaurin here instead, but this was still a solid pick that filled a need for Arizona.

Trust me, the Cardinals will jump onto the BPA train soon. Zach Allen was a solid pick here, but he wasn’t the best defensive end left on my board. I would have loved for the Cardinals to choose Chase Winovich from Michigan here, but Allen is someone that Arizona can utilize at defensive end or defensive tackle. Because of his size, Allen probably fits better as a defensive tackle. Once again, this fills a need for Arizona as they seriously lack a pass-rush, but Allen may not have been the best pick here when it comes to value.

Here it is. The Cardinals take the best player available and arguably the most shocking player that was still on the board in Hakeem Butler from Iowa State. Butler was the fifth receiver on my board and ended up being the 14th to be drafted. I don’t understand why Butler fell this far, but the Cardinals heard the chatter and made the correct selection. They have now added two wide receivers to their corps which is important to run Kliff Kingsbury’s air raid offense.

Once again, the Cardinals select the best player available in safety Deionte Thompson. He can play in the box as well as dropping back in coverage. The Cardinals’ secondary had massive struggles in 2018 and they have made strides to improve on that in the 2019 draft. A great pick for Arizona once again.

KeeSean Johnson was good value here, but three wide receivers in one draft is a bit overkill in my opinion. The Cardinals have many other positional needs that they have to fill, so drafting three wide receivers when you already have Christian Kirk seems just a bit much for one draft. They passed on many defensive players that could have helped them out more.

I love Gaillard as a player and as a system fit for the Cardinals. This is great value for Arizona because Gaillard is someone that could potentially start right away with how terrible the Cardinals’ offensive line is. If not this year, Gaillard is a great pick for the future of the Cardinals if he is developed correctly.

Miles is someone that could have been a priority undrafted free agent pickup for the Cardinals. I wasn’t a huge fan of his tape and didn’t even have him ranked on my big board. It’s a seventh-round pick so it could be a decent developmental pick up or a camp body at the very least.

Dogbe was very productive at Temple University, especially in his senior season. He racked up 12.5 tackles for loss and seven sacks. Once again though, I guarantee you that Dogbe could have been someone that they signed as a priority free agent, but they wanted to make sure they had him secured.

This Mr. Irrelevant may actually be relevant. I fully expected Wilson to be drafted by round five but he falls all the way until the last pick. He is athletic with good hands and someone that could rotate in as soon as his rookie season.

The first, second, and third-round picks carry more value when it comes to me coming up with my overall grade. The Cardinals made some great moves picking up Byron Murphy, Hakeem Butler, and KeeSean Johnson, but I am not a fan at all of the Kyler Murray pick. I am not calling Murray a bust at all, I just think that the Cardinals should have given their former first-round pick another chance with a better team and coaching staff around him.