The NBA is Changing 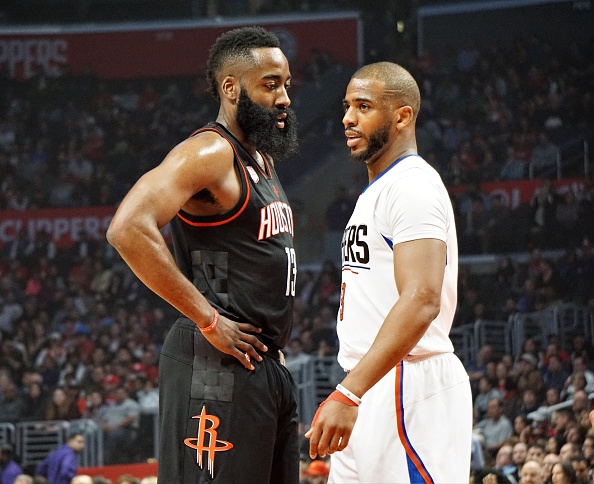 In today’s NBA, the referees aren’t the greatest, but there’s a limit to complaining.

The referees are human, just like you and I. Don’t get me wrong, I’m not defending the referees, what I am saying is, players should not be complaining after every single call, because it’s getting contagious, and on actual fouls they commit, they’re still complaining to the referees. College and high school athletes are watching these pro athletes continually complaining to the referee, and they start doing the same thing. These NBA players are setting a bad example for the youth. The game is going in the wrong direction, and players are being more dependent on drawing a foul then actually scoring the ball. We see players constantly flopping to get the foul drawn on the opposition. The Houston Rockets are a prime example of that. They flop and try to draw fouls so much that the referees don’t even know what an actual foul or flop is anymore. Nikola Jokic and Marcus Smart are also prime examples of players who continuously flop, but the reason why they continue to flop is that most of the time it works, and they get the foul drawn on the opposition. The NBA tried to impose fines on players that flopped, but that rule dyed down and disappeared because it was not working.

The NBA has become a soft league. The referee’s call a foul if you make little contact with the opposition, which is also not right. It’s gotten so bad, that you have NBA analysts on national television saying, the league has gotten so soft, to a point where you get called for a foul because you have bad breath. The fans have been chanting “refs you suck,” at almost every playoff game so far, this season. It’s not a good look for the referees, and it’s not a good look for the league. But, look at it from the referee’s perspective, and again, I’m not saying the referees are good, but imagine you were at the center stage, and hear a full fanbase chanting that you’re not good at doing your job. The referees have gotten to a point where if they call it or don’t call it, they’re damned if they do and damned if they don’t. So, look at it in that perspective as well.

Draymond Green at times gets heated at the moment and lashes it out at the referee. He sometimes gets technical for it, and other times he doesn’t. A couple of times now during the playoffs, Draymond has gotten into the referee’s face and was yelling at him, but the referee did not give him a technical, surprisingly. That should be an automatic technical. Not just for Draymond, but any player who has that type of reaction toward the referee.

On Sunday, the Rockets versed the Warriors in Golden State. I know this is just a small sample size out of the full picture, but I said to look at it from the referee’s perspective, whether they call it or don’t, they’re damned if they do, damned if they don’t. But, there were four inexcusable calls in the Rockets-Warriors game on Sunday. Klay Thompson undercut James Harden three times, he got called for a foul once. That should have been at least a flagrant one. Shaun Livingston undercut Chris Paul once, Chris Paul made the three-pointer, but it should have been a four-point play. Those were horrible calls. It dictated the game, and Warriors fans don’t want to hear this, but the referee’s won them Game 1 against the Rockets. The one call I did agree on, was the closeout by Draymond Green at the end of the game, because Draymond Green landed where he jumped from, and James Harden kicked his leg out a bit.

The referee’s need to do a better job officiating games, to not be put under pressure, dictating the outcomes of games, especially playoff games. Some teams and players will get away with a few moves to get to the free-throw line during the regular season, but they will not get those same calls in the playoffs, because the stakes are higher, and there is little margin for error. The players need to stop complaining about every single call by the referee, it has become a habit, that at times when it’s a charge, the player that took the charge complains at first before seeing what the referee called, before noticing the foul was on the opposition. The referee’s need to do a better job officiating and the players need to stop flopping and continuously complaining to get calls or because they committed the foul.

USA’s Chances at the World Cup in Qatar