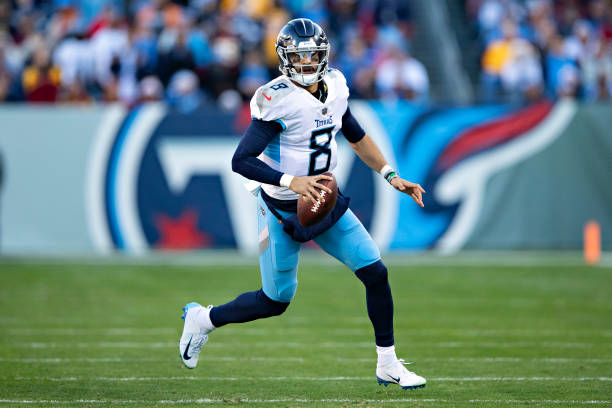 The 2019 NFL draft is just around the corner and teams are putting the finishing touches on their player evaluations. Every year we see several surprising picks that come out of nowhere like when the Seattle Seahawks drafted Rashaad Penny in the first last year. Everyone loves mock drafts so here is a seven round mock draft predicting every Tennessee Titans’ pick. To help with this mock draft, I used the FanSpeak on the Clock simulator.

Last year’s starting edge rushers, Derrick Morgan and Brian Orakpo, are no longer on the roster. 2018 second round pick Harold Landry is coming off a solid season and is expected to contend for a starting role this year. Meanwhile, earlier this offseason the Titans added longtime Dolphin, Cameron Wake to take over Morgan’s spot in the starting line up. However, Wake is 37 years old and doesn’t have much left in the tank. Adding another edge rusher is the Titans’ number one priority during the draft.

The edge rusher class this year is extremely deep and because of that, Ferrell has become an afterthought in the media. However, he is clearly a first round talent and should be a target for the Titans at pick 19. During his three seasons at Clemson, Ferrell created all kinds of havoc in the backfield, registering over 50 tackles for a loss and 27 sacks. His ability to make plays in the backfield will get him on the field early on in his NFL career.

This is how you blow up a read option

Clelin Ferrell could've tackled either the QB or RB 🔥 pic.twitter.com/8vqOqLchp0

Marcus Mariota is entering the last year of his rookie deal and the Titans will have to make a decision whether to give him a contract extension or not based off what he does this upcoming season. To be fair to him, the Titans have given him plenty of new tools on offense to work with. They brought in former Rams’ guard Rodger Saffold and former Buccaneers’ wide receiver Adam Humphries. However, adding one more piece to the offense would give Mariota zero excuses this season.

Former first-round pick Corey Davis has been a disappointment so far during his career, in part due to injuries. However, the team has high hopes for him as he enters his third season in the league. Davis combined with Humphries and Taywan Taylor gives Mariota a solid trio of receivers but he lacks a big physical outside playmaker. At 6’5” and 227 lbs with over 35-inch arms, Butler would be the perfect addition for Mariota. At Iowa State, Butler seemed like he was playing against children and that won’t change in the NFL.

When you say that Hakeem is a big time player, the emphasis is on the “big”. At 6’5 and 227 lbs, Butler is often a man amongst boys. He physically dominated defenses and showed why he is a legit NFL talent. pic.twitter.com/ByH5YpmO6o

The Titans have improved their offensive line but could upgrade at center and right guard. During his time at Mississippi State, Jenkins played all across the line, from tackle to center. He would be the perfect addition to challenge Ben Jones at center and worse-case scenario he could start at guard as a rookie, then take over next season when Jones’ contract expires. Jenkins has an excellent combination of size, power and length teams look for at the center position. His 34 career starts, most of which came against elite SEC talent, will prepare Jenkins for starting as a rookie.

I was impressed with Miss State Center Elgton Jenkins at the Senior Bowl. His tape also doesn't disappoint. Here are 7 clips vs LSU pic.twitter.com/xhifPSnoq0

Last season the trio of Logan Ryan, Malcolm Butler, and Adoree Jackson was disappointing at cornerback. Ryan will be a free agent after next season and the Titans will an decision to make on Jackson’s fifth-year option this time next year. If Ryan isn’t resigned and Jackson’s option is declined, the Titans could go from bad to worse at cornerback in a hurry. Sheffield tore his pectoral muscle doing the bench press at the combine but should be ready to go for training camp. Despite just two interceptions his last year at Ohio State, Sheffield has shown flashes of productive balls skills and had 15 pass deflections as a junior.

Kendall Sheffield with the tipped pass to set it up pic.twitter.com/gT3F4Qc6V4

During last year’s season opener, Delanie Walker suffered a gruesome leg injury that forced him to miss the rest of the season. Former third-round pick Jonnu Smith underachieved as the starter and the Titans realized they need to find a long term answer at tight end. Walker will turn 35 years old just before the start of the season and coming off a horrific injury, the team has to wonder how much he has left in the tank. Warring is a raw prospect but has plenty of athletic tools. If given a year to develop behind Walker, Warring could end up taking over as the starter in 2020.

The running back position isn’t a major need but the Titans should spend a day three pick to bring in some competition. Derrick Henry struggled till the last month of the season, while Dion Lewis averaged a career-low 3.3 yards per carry. Had Love entered the draft last year, he likely would have been a day two pick. However, he returned to Stanford for his senior year and tore his ACL late in the season. Love may have to sit out part of the 2019 season, but he could take over Lewis’ role in 2020 as the Titans can save $4 million dollars by releasing him next offseason.

Watch the slight stutter step, head fake and acceleration by #Stanford RB Bryce Love. That allowed him to turn the corner and score. pic.twitter.com/qocTyFCL5j

Are The Browns The Real Deal?