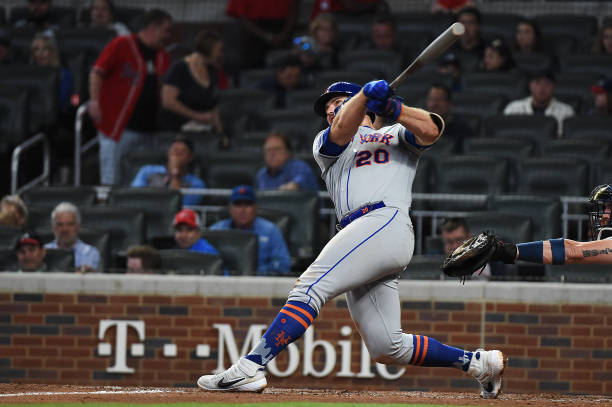 Austin Meadows
If you were to ask anyone which team would have the best winning percentage almost three weeks into the season, would you guess it was Tampa Bay Rays? Not you didn’t, don’t lie. They recently have won six of their last seven and Meadows was a significant contributor. The former first-round pick is taking advantage of his first opportunity at a major league starting gig. He had four home runs this week and led the league in AVG (.632), SLG (1.368), OBP (.708), and tied for the most RBI with 11.

Pete Alonso
Another rookie getting his first taste of the big leagues is Alonso. The Mets first baseman started the week hot by going deep twice against the Twins and then proceeded to reach base in every game he started, helping him achieve a .400 OBP. Alonso is the early NL Rookie of Year candidate as he leads all rookies in hits, home runs, AVG, SLG, OBP, OPS, BB, and runs.

Jose Altuve
What a week for Altuve. The 5’6” second baseman came up big, hitting six home runs in the span of 5 consecutive games. His slash line .448/.485/1.069 and 11 RBI put him in the top 3 in all these categories. His efforts have helped Houston win nine straight and for the first time this season the first place spot in the AL West.

Hunter Dozier
It must be tough when your older brother is a former all-star and probably still the more well known Dozier to play the AL Central, despite not playing there anymore. Now, older brother Brain is in Washington hitting .159 and younger brother Hunter looks as though he is finally having his coming out party. Injuries kept him out most of last year, the former first-round pick could finally live up to his hype. Three home runs and a .444 AVG, he could give some hope to a young Kansas City team trying to re-build.

Mitch Garver
Staying in the AL Central, it’s tough when you have to replace a franchise player. Joe Mauer was a native son and beloved Twin, now retired, Garver looks to hold down the spot Mauer held the last half of his career. Garver’s off to a good start, he went deep three times this week, just four shy of his total in 102 games last season. Minnesota right now has a lead over the heavily favored Indians thanks to Garver,

Yasmani Grandal
Another team that is sitting in first place in their division is the Brewers. The Milwaukee pitching staff hasn’t helped much with -6 run differential. They should be thankful for guys like Grandal, who’s .395 AVG leads the team. He has been a significant contributor helping them sit in first place in the NL central. Grandal continued with his hot bat, he was second in OPS (1.754) and OBP (.636), to go along with a .529 AVG and three home runs.

Ronald Acuña Jr.
The Braves have won five of their seven games this week and are now tied in the win column with Philadelphia for first place. The reigning NL Rookie of the Year Acuña Jr. has led the league in BABIP (.800), second n AVG (.579), hits (11), OPS (1.847).