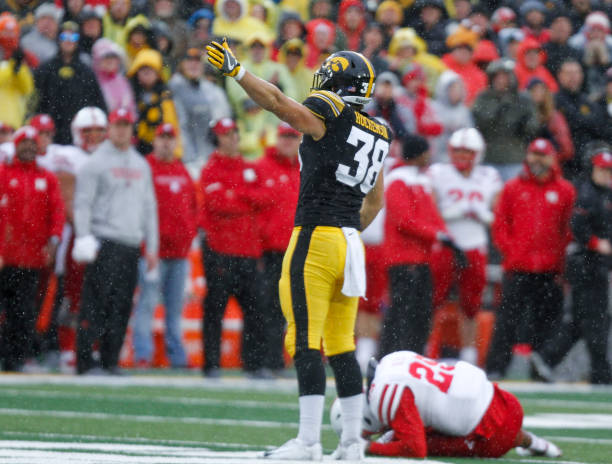 After a disastrous 2018 season, where they fired longtime head coach Mike McCarthy and were held out of the NFL Playoffs for the second straight season, General manager, Brian Gutekunst realized he needed to make some serious offseason changes to the roster, deciding to break with tradition, Gutekunst went wild in free agency, breaking the bank to beef up considerably on defense.

They signed three defensive players, which included former Raven linebacker Za’Darius Smith, outside linebacker Preston Smith, along with enticing safety Adrian Amos away from the Bears. Green Bay also signed offensive lineman Billy Turner, prying him away from Denver. Now when the NFL Draft rolls around on April 25, they can feel comfortable, in being able to take the best player available for the first time in quite a few years.

While they may have filled some much-needed holes, a team can always improve. The  Packers still have needs at tight end, safety, inside linebacker, and could also add another corner. They currently maintain 10 total draft picks in the upcoming 2019 NFL Draft, along with two first-round choices, the 12th and 30th overall.

Round 1, 12th Overall: T.J. Hockenson, TE Iowa – The Packers haven’t had a consistent receiving threat at tight end since Jermichael Finley back in 2013. They have swung and missed in free agency, trying to get a suitable tight end, paying through the nose in order to do it. If Hockenson should happen to fall to 12th, which is not a given, as the Detroit Lions may decide to draft him with the eighth pick before the Packers get the opportunity. Not only can he run, catch and makes plays with the ball in his hands, but he’s an accomplished run and pass blocker.

There is no doubt in my mind, he is the guy they need to snatch up with their first selection if they should get the chance. The decisions to keep Jimmy Graham and re-sign Marcedes Lewis mean the tight end position is really just a band-aid move at this point. Getting a potential Pro Bowl tight end, that Aaron Rodgers can grow with, is a pretty solid long term investment.

Round 1, 30th Overall: Nasir Adderley, S Delaware – One position the Packers are still looking to fill, even with the signing of Amos, is at the safety position, and Adderley could fit the bill at the 30th spot. Adderley had 11 interceptions and 264 tackles in his four-year tenure at Delaware and has everything you can ask for from your free safety, including competitive toughness, range, and physicality. Possessing an unlimited motor and with the versatility he possesses would be a great new addition to add to a Packers defense that needs to replenish its safety depth. A true bulldog, with physicality to spare, he’ll bring the fight to everyone on the field without sacrificing technique or responsibility.

Round 2, 44th Overall: Chris Lindstrom, OG Boston College – Of all the offensive linemen on the radar for the Packers to strongly target, Lindstrom is the player that is probably best suited. Having started 36 games at guard for Boston College, Lindstrom could be the immediate and long-term answer at right guard. An elite pass protector with lightning-quick feet, his 40-yard dash of 4.91 seconds was good enough for the second fastest among offensive linemen at the NFL Scouting Combine. Snagging him in the second round would be a huge steal.

Round 3, 75th Overall: Riley Ridley, WR Georgia – With the wide receiver draft class being so deep this year it gives the Packers an opportunity to fill some of the pressing needs, along with being able to select a useful receiver in the third round in Ridley. Last season he started 12 of 14 games, contributing 44 receptions for 570 yards with nine touchdowns. One of three players named Most Improved Player on offense, he is known for his physicality and strong hands. He posted a time of 4.58 seconds in the 40-yard dash at the Scouting Combine. Talent-wise, Ridley has all the tools of a future NFL starter and would make a very solid second option opposite of Davante Adams.

Round 4, 114th overall: Bobby Okereke, ILB Stanford – The Packers wait until the fourth round to grab a linebacker, picking up Okereke. He has steadily built up his accolades during his four years with the Cardinal, going from a reserve defender in his freshman season, and finishing up as an honorable mention All-Pac-12 selection last season as a senior. He increased his tackling numbers considerably year by year, contributing 96 tackles last year, 52 of those were solo, he averaged around 3.5 sacks per season over his final three years at Stanford.

Round 4, 118th overall: Michael Jackson, CB Miami – Listed at 6’2 and 195 lbs, Jackson has good height and length for battling NFL receivers. Jackson has proven to be a playmaker as a cornerback in the last two years as he contributed over 80 tackles, 3.5 sacks, four interceptions, and 11 pass breakups. The fact he has no off the field issues and no major injuries of note will work great in his favor, as the Packers especially, prefer players that don’t bring a lot of personal baggage.

Round 5, 150th overall: Max Scharping, OT Northern Illinois – The former Huskies right tackle has good size to him, standing at 6’6″ and 320 lb. Scharping is a battle-tested and experienced tackle who has faced plenty of elite edge rushers while at Northern Illinois. A proven pass protector,  he allowed just eight pressures this season, on 469 pass-blocking snaps and his 92.2 pass-blocking grade stood out among the MAC’s tackles.

Round 5, 185th overall: Jarrett Stidham, QB Auburn – After filling the most pressing needs, the Packers need to start thinking about life after Aaron Rodgers. Don’t get me wrong, Stidham obviously isn’t being looked at as the next future quarterback in Green Bay. However, he could make for a solid future backup, which they haven’t had with DeShone Kizer, and who knows he may end up surprising. He flashes decent arm talent, and his ability to use touch also isn’t half bad either. Stidham also is very athletic and is good at throwing on the run.

Round 6, 194th overall: – Ben Burr-Kirven, LB Washington – Burr-Kirven tackled more players in 2018 than anyone else, leading the country with 176 total tackles. He also contributed two sacks, two interceptions, six pass breakups, three fumble recoveries, and four forced fumbles, earning himself the Pac-12 Defensive Player of the Year. While not a high-end athlete, he has an elite closing burst to make up for an occasional false step or two. Physical and aggressive in his tackling, Burr-Kirven brings down a lot of ball carriers.

Round 7, 226th overall: Jahlani Tavai, LB Hawaii – Tavai has a continuous motor, never slowing down in pursuit of a play. He could be a useful reserve linebacker who could play either the strong-inside, middle, or outside linebacker roles depending on the down, distance, and sub package. He did miss the second half of the season, as well as much of the draft procedure, recovering from shoulder surgery, but at this stage of the draft, they can afford to take a gamble.

Heller: 10 things I learned from Week 7

Should Baltimore Fans be Worried About the New Offense?