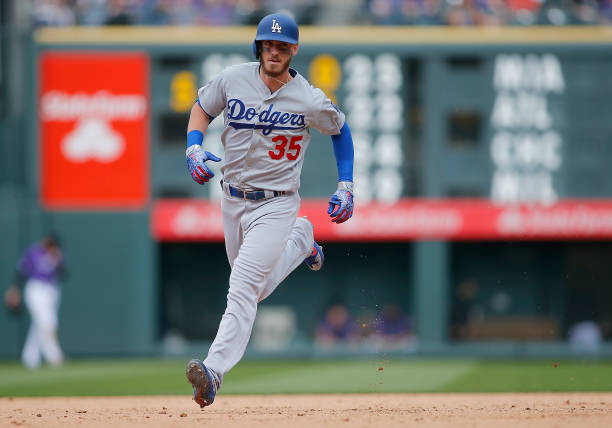 Mike Trout – Remember that time the Angels signed him to $426 million contract? They got a good value for that. Trout used the Rangers’ pitching staff as a launching pad crushing five home runs in four games. Oh, in 26 plates appearances the last seven game, he only struck out twice and walked eight times, that’s a 4.00 walk to strikeout ratio. He also led the league in OBP (.654), SLG (1.375), and OPS (2.029), to name a few.

Alex Bregman – Trout’s AL West counterpart didn’t have the power numbers like him, but he had a consistent week. Accumulating the Highest average over the last seven games (.550), tied for second in hits (11), only had two strikeouts in 26 plate appearances.

Cody Bellinger – Something tells me I’m going to be writing this name a lot this upcoming season. We’re only a couple of weeks in, and he seems to be over his sophomore slump. Last week he had slash line .417/.462/.958 to go with three home runs and 10 RBI and is leading the league in both categories.

Clint Frazier – Thanks to Yankees and catching the injury bug (11 players with a total of 22 all-star appearances), Red Thunder gets an opportunity to play, and he’s been storming it up. Frazier complimented Sanchez’s three home run game by hitting a pair of his own, and three total this week. His eight RBI is good enough to be third in the league, and his .412 ties him Bryce Harper for eighth.

David Peralta – Arizona scored 20 runs in the first two games against Boston this week, and Peralta helped that cause. The outfielder led the league in doubles (7), his .444 batting average helps finish third this week, and fourth in BABIP (.500).