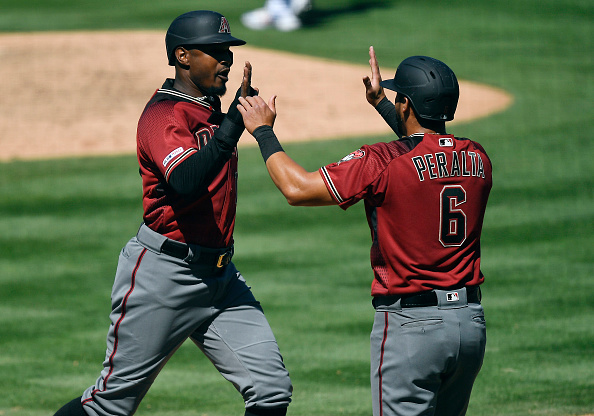 The opening series for the Diamondbacks against the rivals Los Angeles Dodgers was a slugfest. The Dodgers won the series winning 3 of the 4 games. Let’s go over the good and the bad for the Arizona Diamondbacks.

In game one the Dodgers won 12-5 hitting 8 homers, in game two it went 13 innings with the Dbacks winning by a rbi bloop single from newly acquired catcher Carson Kelly. Game three the Dodgers crushed the Dbacks once again by smashing 4 homers totaling a whopping 18 runs. The finale was another wild game with the Dodgers winning 8-7. They took an early 4-0 lead, but the Diamondbacks stormed back with a 7-run 4th. The Dodgers then scored 1 in the bottom of the 4th and then ultimately scored 3 in the bottom of the 8th to win the game.

Peralta had a solid series going 7-19 with a home run and 3 RBIs. Peralta looks to continue his solid season from last year into 2019.

Jones also went 7-19 for the series with a couple home runs and 2 RBIs. Jones was a late free agent acquisition by the Dbacks and should hold the RF spot for the remainder of the season.

Walker was 4-7 with 2 HR and 5 RBIs. Walker had the 2nd biggest hit of the series for the Dbacks when he smashed a game-tying 3-run homer in the top of the 7th off RP Joe Kelly to tie the game at 4. Walker will be in a platoon role at 1B with Jake Lamb, and when not starting will likely be the first bat off the bench.

The Starting Pitching was absolutely horrendous for the Dbacks in the series. The Starters went 15.1 IP allowing 24 H, 21 ER, 7 BB, and 8 HR. That is completely unacceptable for a staff in a series, and they need to figure out something fast or they’re in trouble.

Koch was brought in the blowouts to try and eat some innings, but he didn’t help very much. He threw 4.3IP allowing 9H, 8ER, 4BB, and 4HR. He didn’t really help himself for a future roster spot, as the normal Dbacks long relief pitcher T.J. McFarland is currently on the IL.

Escobar was 2-15 in the series with 4 Ks hitting in the 2-hole for the first 3 games of the series. It’s early but Escobar needs to start producing soon if he stays at the top of the lineup

He was 1-10 in the series with 4 Ks. Lamb could possibly be in trouble of losing the starting job if Walker keeps producing like he did in the series

It was a rough opening series for the Dbacks against the rival Dodgers. The Dbacks will look to regain confidence in San Diego, as they have a 3-game set with the young and upcoming San Diego Padres.