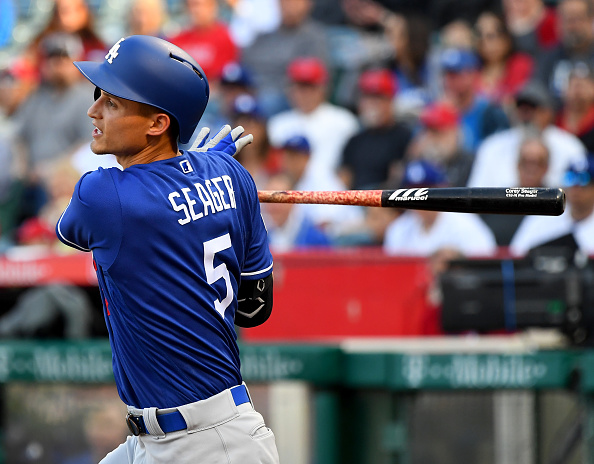 Corey Seager is just 24-years old and has a very bright future in the Major League. He was born in Charlotte, North Carolina. Seager made his MLB debut September 3rd, 2015, with the Los Angeles Dodgers.

In 2017, Seager had a .295 batting average, with 22 home runs, 77 runs batted in, 85 runs scored and an .854 OPS in 145 games. Seager will have a better season this season, but it will take some time, especially after going through not just a Tommy John Surgery but an arthroscopic injury 4-5 months later.

Seager’s career triple slash (.305/.374/.502) line compares to the coveted .300/.400/.500, which should worry pitchers when facing him. It’s no secret that Seager is a special talent, he can very well be a future MVP in this league, a future champion, and have a very successful career. I think people forget how good Corey Seager is. I know it’s been 11 months since Seager was on the field, so people may have forgotten, but Seager has the potential to be a top-10 player in baseball. It could be this season, it could be next season, but it will happen.

Last season, Seager played in just 26 games, before getting injured. He had Tommy John surgery on his right elbow, in April, followed by arthroscopic surgery on his left hip in August. He played in just 26 games, he had 27 hits, 2 home runs, 13 runs batted in, 115 plate appearances, and 101 at-bats. Now, Seager is fully healthy and ready for another championship run.

In Spring training, Seager appeared in 5 games, he had 17 plate appearances, 11 at-bats, 2 hits, 1 home-run, 2 runs batted in, and 3 runs scored. It’s going to take some time for Seager to get back into form, but it will be worth the wait. Seager will be a big part of this championship run.