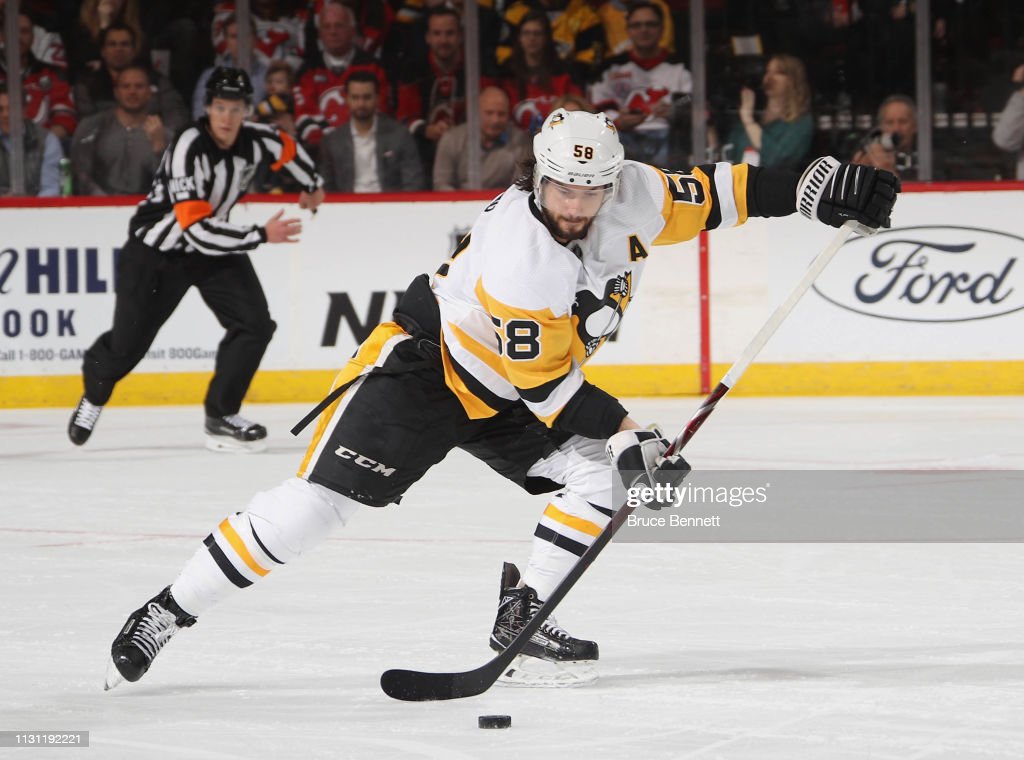 With the Penguins morning skate report, it looked to be business as usual until you got to the defensive pairings. Zach Trotman was paired with Brian Dumoulin on the top line. The usual pairing is Kris Letang and Dumoulin, so everyone begged the question where is Letang?

Letang only being back for three games (Hurricanes, Predators, Stars) it makes me wonder if he hasn’t fully healed and is this “upper-body” injury a long term one affecting his playoff eligibility? There is good news on the injury front, Penguins defense-man Ollie Maata is skating in the morning skate, and is cleared for contact.

Maata looks to be out today versus the Rangers. Seeing Trotman out there would make me think this. Trotman has proven to be an excellent 7th defenseman filling in for Letang before. In his eleven games filling in for Letang, Trotman posted one assist and was a plus three. Trotman has previous NHL experience with the Boston Bruins playing a total of 67 games with 12 points and is a plus one with Boston.

Overall this is a tough loss for the Penguins if this proves to be a long-term injury for Letang. This year, Letang has posted 56 points and is a plus 13. He is also tied for second in goals by a defenseman with 16 behind Toronto’s Morgan Rielly who has 20  goals. The Penguins will miss not only his offensive presence but his leadership. Letang is 4th in the NHL in ice-time, averaging 20:35. If the Penguins have any hope of success, they will have to have the “next-man-up” mentality and dig in.