It’s Been 60 Games, but Denver’s Starting Five is Back Together Again 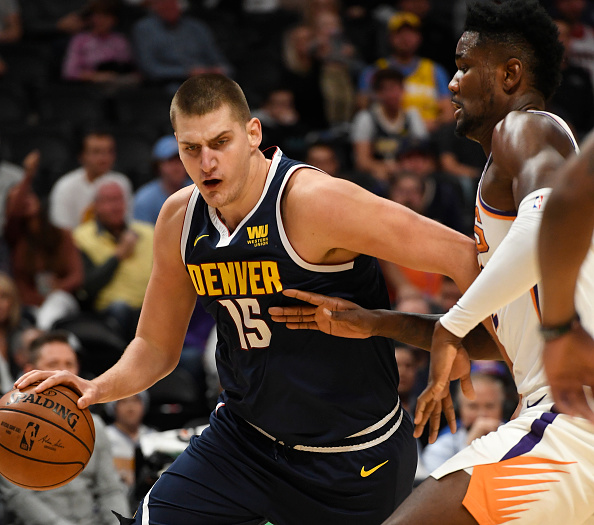 It all began when Will Barton landed awkwardly on a fastbreak layup and hurt his hip and core against the Phoenix Suns on October 20. Since then, a lingering hamstring injury to Gary Harris. A broken toe as well as ankle soreness for Paul Millsap. An ankle sprain for Jamal Murray and a controversial suspension of Nikola Jokic. Every starter has missed at least one game this season. Somehow, the incredible amount of depth the Denver Nuggets have has kept them in the top of the daunting Western Conference, but as the team begins the final stretch of the regular season, it’s time to get the opening night Starting Five back on the floor.

It’s been 60 games and 11 different starting lineups, but with 4:35 to go in the 4th quarter of a crucial home game against the Thunder we finally got to see the starting lineup together for the first time since the Barton injury from game 2 of the season. In 4 minutes of action, against one of the top defenses in the league, the starting unit put together the game-clinching run outscoring the Thunder 17-9 en route to a huge win that clinched the tiebreaker against the Thunder, which could prove to be massive come the end of the season when it comes down to final playoff seeding. It was the perfect time to put in your 5 best players and let them do their thing and finish the job.

While it can’t go unrecognized the job that has been done by everyone on the bench, both coming off the bench and in the starting lineup. Not many teams can truly say that they have a team that is 12-13 players deep and every one of those guys be able to produce productive minutes whenever they’re on the floor. Headlined by guards Malik Beasley and an incredible surprise in Monte Morris which was highlighted by the two combining for 53 points, in a starting role replacing the injured Jamal Murray and Gary Harris, to lead the team to a win over the Houston Rockets for the first time since the 2015-16 season. The fact that that type of game wasn’t just a coincidence or luck and has been consistent all season has the been the key difference between this year and last year’s game #82 heartbreaker that kept them out of the playoffs. While those two along with Mason Plumlee could all be starters on a handful of teams, they aren’t on this team which is crazy but is going to be everything coming down the stretch.

When you look at the starting lineup, there is some insane versatility on the offensive side of the ball. You’ve got 5 guys that can bring the ball up and run an offense, that can score from anywhere, and facilitate. Every single guy has the ability to take over the offense and when the center leads in points and assists per game, what exactly is the defense supposed to do. The go-to play for Denver features the dribble handoff (DHO)/Pick and roll using Jokic as the primary ball handler. That play along with other pick and roll sets using Jokic as the screener have led to tons of points including two game-winning floaters from “The Joker.” Especially in a growing offense dominant league, having a potent offensive attack to start off the game is huge, but it’s equally important to have a defense to support and help out the offense.

The top 2 defenders are featured on the front line in Paul Millsap and Gary Harris and it’s completely noticeable when they aren’t on the floor, but don’t let that mistake you, the rest of the unit knows how to defend. TNT’s Candace Parker called Nikola Jokic a “liability defensively”, but frankly, that’s utterly ignorant. He’s greatly improved and has some of the best hands in the NBA being among the top big men in defensive deflections with 142 and is averaging 8 defensive rebounds a game. Sure, he isn’t a high flying shot blocker, but his footwork and effort have greatly improved since last season which makes him an even greater impact than he already is on offense. Jamal Murray is underrated as a defender, especially in the post. His size lets him play physical and cause problems for opponents.

There are so many weapons on this team and so many ways for them to kill any team in the league. There is perhaps no more well-rounded lineup on this team than the opening night starters of Jamal Murray, Gary Harris, Will Barton, Paul Millsap, and Nikola Jokic. We haven’t gotten to see them much due to the terrible injury bug that has hit the team this year, but if Denver wants to continue to stay at the top of the Western Conference and make any sort of playoff run, this lineup is going to have to play a ton of minutes together down the stretch and it all begins with the 4-minute stint that clinched the game on Tuesday night against the Oklahoma City Thunder.