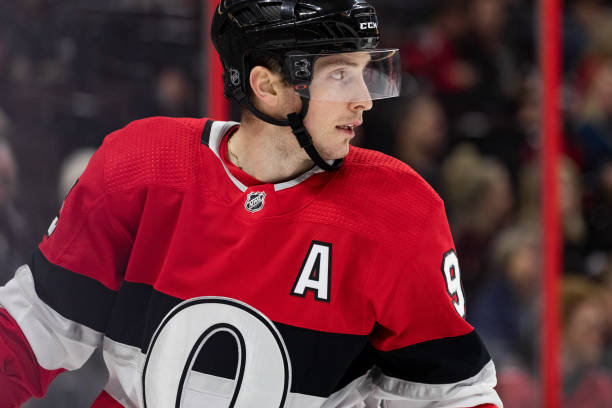 The Columbus Blue Jackets have been at the forefront of most trade rumors this deadline season due to them holding the hottest commodity on the market: Artemi Panarin.

It seemed to be a matter of when the Jackets traded the 27-year-old winger, not if. However, due to recent events, Columbus seems more content on keeping the pending free agent as their own rental player and going all out on a playoff push.

Unless a team really steps up, CBJ content to keep Panarin and go for it. https://t.co/aSARH7ellQ

As you can see in the tweet Pierre LeBrun of TSN is replying to, the Columbus Blue Jackets have acquired Matt Duchene from the Ottawa Senators. Like Panarin, Duchene is set to become a free agent upon conclusion of this season; which appeared to be a red flag for a Columbus team already fearing the loss of one superstar in their top-six.

In fact, Columbus originally viewed it as a red flag when it appeared as if Duchene was favoring life as a free agent. Apparently, things changed.

A week ago, word around the league is that Matt Duchene would not sign long-term with #CBJ, but apparently that stance has changed in recent days. #Sens

As far as the return for the recently-turned 28-year-old from Ontario, the Blue Jackets sent prospects Vitaly Abramov and Jonathan Davidsson to the Senators. In addition, Ottawa will be receiving a top-three protected draft pick in this year’s draft and a conditional first-round pick in 2020 if Duchene signs a new deal in Columbus.

Even with a record of 5-5-0 over their last 10, and a two-game losing streak on hand, Columbus is just one point out of the second wild-card spot –– and two points behind the Pittsburgh Penguins for third in the Metro with two games in hand.

Adding Duchene and his 27-31-58 numbers to a team that is already getting 24-43-67 from Panarin makes the top-six for Columbus a legit force in the Eastern Conference. Mind you, Duchene will likely be put on the second line behind second-year center Pierre-Luc Dubois and his 22-29-51 numbers.

The Columbus Blue Jackets decided they’ll never get full compensation for Artemi Panarin due to his desire to become a free agent, so GM Jarmo Kekäläinen decided to roll the dice and load up on offense and try to bring a Stanley Cup to Ohio in 2019.

Jayson Tatum May Be the Best True Freshman in the NBA