With Goran Dragic’s Return on the Horizon, Another Tough Decision Awaits 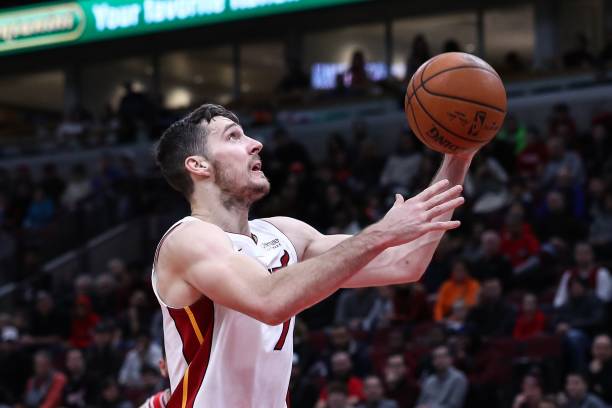 With the Heat originally announcing that Goran Dragic was “expected to return after all-star break” following his knee surgery, the point guard’s Heat return appears to be imminent. And another tough roster decision awaits Miami Heat head coach Erik Spoelstra.

While Dragic was out due to his knee surgery, his starting role was filled by Justise Winslow. Since starting in Dragic’s place, Winslow has been playing the best basketball of his NBA career. In 26 games since taking over at point guard, Winslow is averaging a career-high 14.2 points, 5.8 rebounds, and 4.8 assists per game while shooting 38.9 percent from beyond the arc (Barry Jackson, Miami Herald).

On the other hand, Dragic has not been at his best this season, mostly due to the injuries he’s been dealing with. In 14 games this season, the Heat’s point guard has been averaging 15.3 points, 3.1 rebounds, and 4.9 assists per game while shooting 41 percent, his least efficient rate since his rookie year. Once he returns, he’ll likely start the first couple of games off the bench until he gets back in rhythm.

But once he regains his rhythm, Heat coach Erik Spoelstra is going have to make a tough decision at point guard. And this is where it’ll get complicated. Does he go with the proven veteran (Dragic) over the emerging talent (Winslow)? Or does he take the long view and stick with Winslow at the point? Or he could start both players and move Dion Waiters back to the bench.

With playoffs remaining the focus, my guess is Erik Spoelstra will start Goran Dragic and move Justise Winslow to the bench. Then, you’ll have a starting backcourt of Dragic and Waiters, who were very successful together in the Heat’s 30-11 run in the 2016/2017 season. 7-Eleven, a nickname Waiters gave the backcourt, will be a thing again.

Regardless, it’s going to be a tough decision.