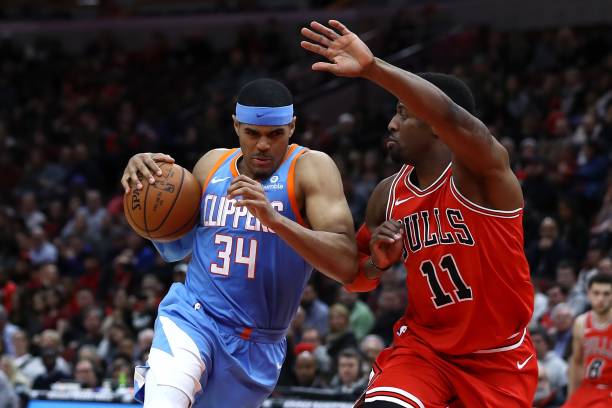 TUESDAY NIGHT
The Los Angeles Clippers squared off against the Charlotte Hornets. Los Angeles would come away with the 117-115 victory thanks to a Tobias Harris buzzer beater. Harris would have 34 points while going 13-of-21 from the field as well as making six three-pointers.

Then, Tobias Harris got traded to Philadelphia…

Earlier this season, when Philadelphia traded for Jimmy Butler, it became clear they were in win-now mode. The move to acquire Tobias Harris further confirms Philly’s hope to make a deep playoff run this season.

The Philadelphia starting five now includes four all-star caliber players with the addition of Harris. Harris is averaging just over 20 points per contest and having the best year of his career. His contract is set to expire after the season but the Seventy-Sixers will surely make a strong push to resign him.

Boban Marjanovic is on his way to Philly as well. The big man will provide an intimidating presence on the boards and the defensive end. Marjanovic’s contract expires following the end of the season.

This trade is a good move for Philadelphia. The personnel they’ve brought in will provide immediate help on both ends while also allowing them to free up cap space heading into a loaded 2019 free agent class.

The Clippers hope that Landry Shamet will be able to make an immediate impact with his long-range shooting. He is shooting 40.4% from beyond the arc in his rookie season and averaging 8.3 points in 20 minutes per contest.

Veteran Wilson Chandler will also look to make an impact with his defensive ability and his three-point shooting. He is averaging just below 40% on three-point attempts this season.

Mike Muscala will also look to contribute from distance for the Clippers. He is shooting 34% from three-point range this season.

Of the pieces Los Angeles acquired, only Landry Shamet is under contract past the 2018-19 season. His current deal lasts for four years and runs through the 2021-22 season with team options for the third and fourth years.

Though the Clippers are currently in the playoff mix in the Western Conference, this move will likely cause them to fall out of that race. But the Clippers front office will turn their eyes towards a different race, the race to sign big name free agents this summer. This move allows them to do just that.

Rodney Rogers: The Man who One-Upped Reggie Miller’s “8 Points in 9 Seconds” As a Rookie