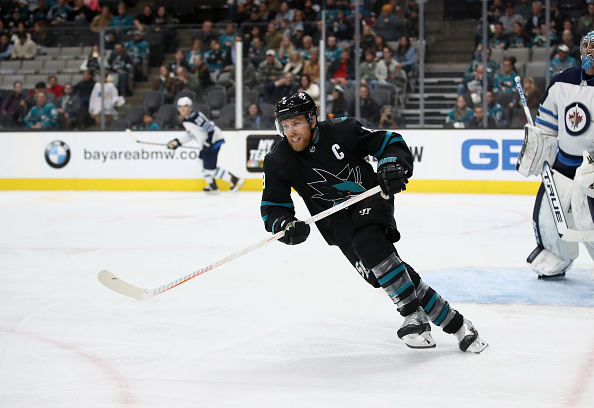 Another mega-slate of games after a light two-games last night in the NHL. Tonight we have a huge 14 games on the card. Half the games have a combined implied total of at least six goals with two of them currently pegged at 6.5. Penguins at Panthers and Sharks at Flames are leading the way in high-event probability.

The last time the Sharks and Flames played they combined for an eye-popping thirteen goals. It’s rather unlikely that we reach these type of totals again but both teams are loaded with offensive talent and suspect goaltending. The Flames have gone under the combined total of 6.5 just once in their last 10 games. Joe Pavelski has caught fire of late as he leads the Sharks with three goals and five assists over his last four games.

Colorado/Washington is a very intriguing matchup. Both teams are struggling, especially Colorado who are coming off a homestand that saw them win just one of five games, but both teams boast impressive offenses. Both Oshie and Alex Ovechkin have picked up their play of late but I lean toward the cheaper Oshie who has nine points over his last six games.

Lindholm continues his breakout season with his recent 10 game point streak and is becoming just as valuable as Johnny Gaudreau and Mark Giordano. During the 10 game streak, Lindholm has the same amount of points as Gaudreau(12) but will save you $1,500 in salary.

The Panthers have been a good scoring team for much of the season, leading the way is Aleksander Barkov. Barkov and the Panthers may get an added boost with the recent news of starting goalie Matt Murray being injured yet again. Casey DeSmith will get the nod if Murray can’t go and he has been absolutely brutal in his last four starts giving up at least three goals in each game and allowing four twice and six once. Barkov is the steady source of offense for the Panthers and has six points in his last five games.

Kempny has provided solid play for the Caps and plays alongside John Carlson logging 20.45 minutes of ice per game over the last five games, he has also provided lots of blocks as a base with just over two per game in the last five totaling 11.

Brodie has provided some extra scoring of late chipping in with a goal and six assists over his last five games. Brodie is a nice alternative to the way more expensive Mark Giordano who actually has one less point over the Flames last five games.

Bennett has had a somewhat disappointing season with just 20 points in 51 games. But a closer look shows Bennett is relegated to third line minutes averaging just over thirteen per game. Of late Bennett has found the scoresheet at a way better rate with 10 points in his last 17 games as he had just 10 points in his first 34 contests.

Ekblad is quickly increasing scoring production. He has points in four of his last five games and 10 points of his season-long 23 in his last 14 games. A far cry from the 13 points he accounted for in the first 37 games. Ekblad and the Panthers get a decent home matchup against the 21st ranked in goals against Pittsburgh Penguins.