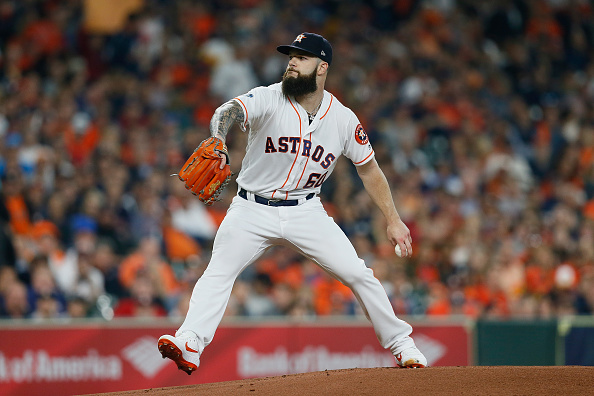 We are less than three weeks from the beginning of spring when pitchers and catchers show up in Florida and Arizona, and there are still some players unsigned. All the baseball world’s attention is on Manny Machado and Bryce Harper, but there are other players seeking employment for 2019. Here are some of the other free agents to look out for.

The 2015 Cy Young winner posted a run higher ERA in 2018 than the previous year (2.90 vs. 3.74). He’s still a reliable lefty whose balls in play were 55% on the ground last year and plenty of playoff experience. It seemed like the Yankees were going to make a play, but with Paxton, Happ, and Sabathia in the rotation, they’re now lefty heavy. Even with the additions of Tanner Roark and Sonny Gray, the Reds would want to add another veteran arm, the Padres could also be an option, and even the Astros could re-sign him.

Free agency didn’t go well for Moose last year. Like his ex-teammates Eric Hosmer and Lorenzo Cain, he was hoping for a big multi-year deal but settled for a one-year contract with the Royals. Although he posted a respectable 28 HR and 95 RBI in 2018, it seems he will likely be the consolation prize for whoever doesn’t land Machado. White Sox, Phillies, and Padres are the most likely landing spots.

The closer is looking to be paid like the best in the game, so his options are limited. Already over the luxury tax, the Red Sox are not looking like a possibility, and the Braves GM Alex Anthopoulos recently said they also can’t afford him. The Phillies have said they were ready to spend this offseason and could a make a move for him after the Manny and Bryce sweepstakes despite signing David Robertson. The Angels could be a long shot, but they may want a better option in the 9th than Cody Allen.

After a stellar 2017 campaign hitting .303 with 23 HR and 90 RBI, last season, there was a significant drop in his numbers posting .247 with 16 HR and 68 RBI. One good thing about him is versatility. He’s played every position except for pitcher and catcher. There are several teams he could be a good fit for, the Padres seem to want to go after some free agents this year, but seeing him back in Houston could still be in the cards.

We’re now seven years removed from Gio’s 21 wins 2.89 ERA season, he’s posted 4.00+ ERA two of the last three seasons. He can still be a viable back end of the rotation pitcher. Most likely he’ll be a pickup in the middle of spring training for a team needing one more starter.