Reaction to Heat vs Knicks 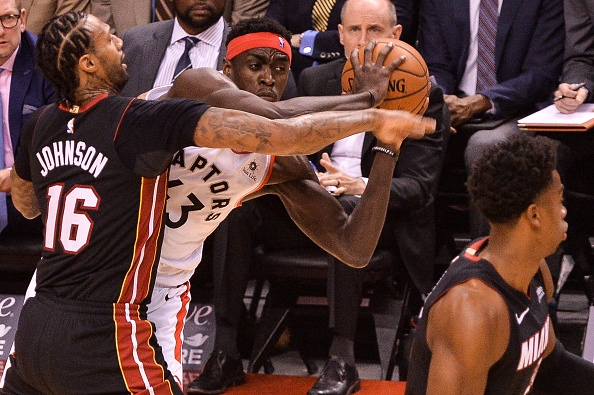 After a successful 2-0 road trip, the team is now back at .500. So far, they’ve done a good job of taking advantage of the NBA’s two worst teams(Knicks and Cavaliers). Now, they have to do it again on Wednesday when they take on the lottery-bound Chicago Bulls. If the Heat beat the Bulls on Wednesday, they’ll move one game above the .500 mark.

Ending this stretch on a high note is highly important because the Heat will face one of their most challenging stretches of the season. After Wednesday’s game against Chicago, six of the following eight games comes against teams currently in playoff spots with the Golden State Warriors, Oklahoma City Thunder, and Portland Trailblazers among them.

Tyler Johnson out, Wayne Ellington in

The Heat’s lineup shuffle continued with Tyler Johnson missing Sunday’s contest vs the Knicks. Johnson was replaced by Wayne Ellington, who got his first start since December 12. After a slow start in the first half, Ellington came alive in the second half, scoring 19 points. He hit two key three-pointers down the stretch to put the game away.

Credit to Wayne Ellington for being professional about the lack of playing time. He continued to work behind the scenes, and when his number was called, came through in the end.

In the first few minutes of the second quarter, Derrick Jones Jr went down with a non-contact knee injury on a fast break. He had to be helped to the locker room as he couldn’t be any weight on his leg. While his x-rays came back negative, he’s expected to receive an MRI in Miami on Monday.

Hopefully, it’s not too serious. Jones Jr was having a career year, averaging 7.6 points and 4.5 rebounds in 18.4 minutes per game.

James Johnson was a man on a mission, consistently attacking the basket and finishing plays at the rim. Johnson, who had been struggling the past few games, scored 11 first-half points to keep the Heat afloat. It was a welcoming sign for a Heat offense that had been struggling. When Johnson is aggressive(and in control), it helps the Heat offense out a lot. The issue, however, is James Johnson has a habit of being too passive.
Johnson closed the game with 13 points on 6 of 13 shooting.

Heating Up: 76ers vs Heat Reaction

Reacting to the Heat’s Game 3 Victory Over the Lakers