Which Players Deserve to Be in the All-Star Game? 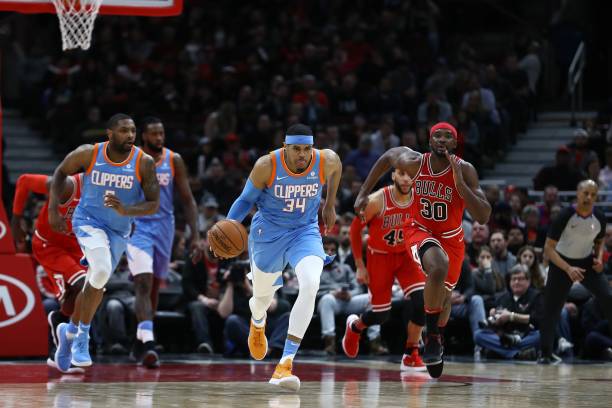 As the All-Star weekend approaches, I wanted to tell you which players deserve to be in the All-Star game who didn’t get the votes they should have. I will select one player from the Western Conference and one player from the Eastern Conference and want to hear who you guys think deserves an All-Star spot that is not getting the votes they should be getting.

Tobias Harris has been playing phenomenally all season long, leading the Los Angeles Clippers to a 26-22 record, sitting in the eighth seed in the Western Conference. Harris is averaging 21 ppg, on .501% shooting from the field, .884% from the free-throw line, .437% from the three-point line, and his eFG% is .566%, along with producing 8 rpg, 2.5 apg, and 2 three-pointers made per game. Harris is on track for the 50/40/90 club as well. He has led this Clippers team, who has had it’s ups and downs with injuries, to a playoff team in the Western Conference. He deserves notice for that and should be in the All-Star game because of it.

D’Angelo Russell has also been playing phenomenal all season long. He has led the Brooklyn Nets to a 26-23 record. The Nets currently sit in sixth place in the east. Russell is averaging 19.3 ppg, on .438% shooting from the field, .809% from the free-throw line, .379% from the three-point line, with his eFG% being .516%, to go along with 3.8 rpg, 6.5 apg, and 1.1 spg. He is also averaging 2.7 three-pointers made per game. Russell is on a mission this season to put the league on notice. He is living up to being the 2nd overall pick in the 2015 draft and he deserves to be in the All-Star game for leading his team to a 26-23 record sitting in 6th seed after missing the playoffs last season.

Let me know who you guys think should be in the All-Star game that is not getting the votes they should be getting. Tweet me your thoughts on Twitter @TheSportsNotes.