The Transformation of the New York Islanders 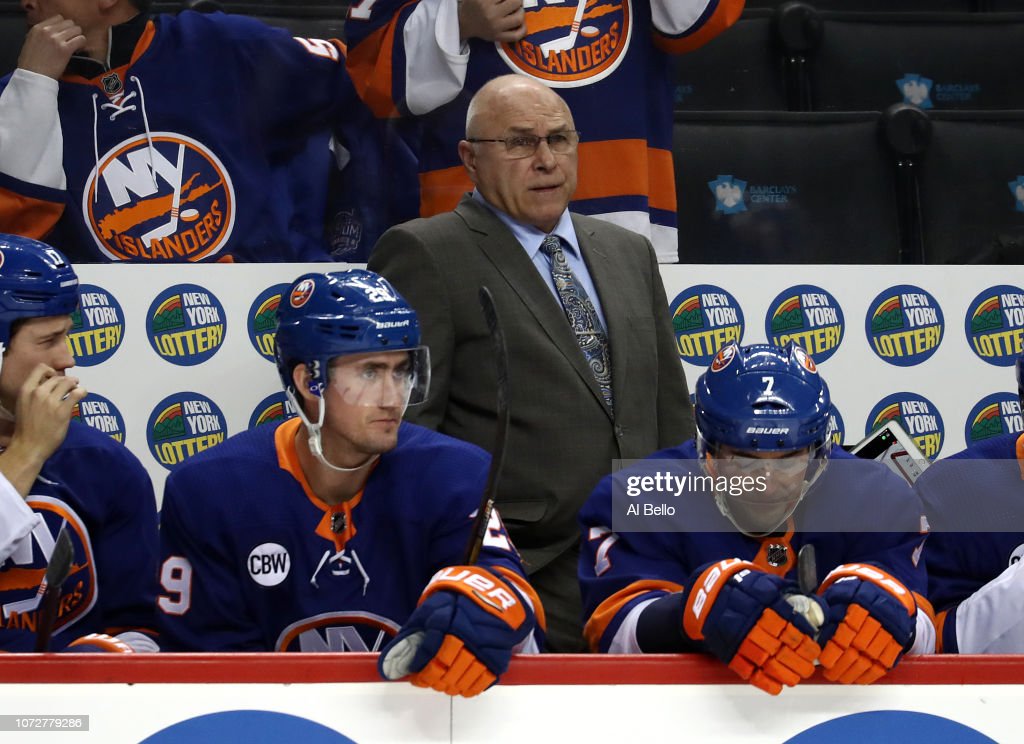 What a difference one season and one coach can make. As of the All-Star break, the New York Islanders sit just two points away from third place overall in the NHL. As for the Eastern conference, they are the number two team trailing only the Tampa Bay Lightning. Division wise they lead the Metropolitan with 63 points, three over the Washington Capitals and four over the Columbus Blue Jackets.

So what is the key to this season’s dramatic turnaround? (All while soldiering on without five-time All-Star John Tavares who signed a seven-year deal with the Toronto Maple Leafs in the off-season). Two evident keys: Coach Barry Trotz defensive first mindset, which I will get into in a bit and balanced scoring. The Islanders are only 17th in the league in goals for this season with 145, well ahead of the last place L.A. Kings(113), but miles away from the League-leading Tampa Bay Lightning(196). The Isles have committed to a very heavy influence to defense, but the Isles have the luxury that other teams just don’t possess, eight 10 goal scorers. Anders Lee(18), Brock Nelson(16), Mathew Barzal(14), Anthony Beauvilier(12), Josh Bailey(11), Jordan Eberle(11), Valtteri Filppula(11), and Casey Cizikas(career-high 11). These players are featured on each of the four forward groups that Trotz plays on a regular basis. Not all teams in the league can say this. In turn, this gives confidence to each player, and of course, results in everyone contributing fostering valuable morale through the entirety of a grueling NHL season.

The value of balanced scoring can’t be ignored. It’s very evident that teams throughout the League are relying too heavily on their star players. Teams that feature just two players that make up at least 30% of their teams scoring are as follow, The Edmonton Oilers- Connor McDavid/ Leon Draisaitl-56 goals(39.7%). The Chicago Blackhawks-Patrick Kane/ Alex Debrincat-54 goals(34.8%). The Buffalo Sabres-Jeff Skinner/ Jack Eichel-46 goals(33.6%). The Colorado Avalanche-Gabriel Landeskog/ Nathan MacKinnon-56 goals(33.1%). The Boston Bruins-David Pastrnak/ Brad Marchand-46 goals(32.4%). Of those teams, only the Bruins appear to be a team with serious playoff aspirations. The Avalanche are clinging to the final Wild Card birth with five teams within three points which includes the Oilers. The Buffalo Sabres are four points away from a playoff birth.

So how about the man behind this transformation, Barry Trotz. Last year the Islanders finished last with a goals against average of 3.57. This year has been a complete, quick turnaround, a worst to first type turnaround to be exact. They currently have the league’s best mark of just allowing 2.41 goals per game.

It’s not just responsible forwards helping the much improved defensive pairings each shift. It is also the emergence of some somewhat unexpecting elite goaltending. From newly acquired Robin Lehner(formally of the Buffalo Sabres) to Thomas Greiss( this his fourth year with New York). In 23 games this season Greiss has 14 wins, a 2.50 G.A.A, and a .920 save%. For Lehner, 26 games played, 15 wins, a .931 save%(tops in the league) and a sparkling 2.01 G.A.A.(also first in the NHL).

The improvement to team defense is undeniable. Last year the Islanders gave up a league-high 31 scoring chances per 60 minutes of even strength play. This season the Isles have trimmed that down considerably to the tune of just 27 scoring chances which is good enough for 11th in the entire league.

League scoring is up considerably this season. Over half a goal more than last year to be exact. The Islanders, however, are winning games with a distinct focus on taking care of the defensive end as a primary objective. This proves that with all hands on deck and everybody contributing they can be just as or even more successful as teams who rely on just a handful of high-end star players.

It will be very interesting if the Isles can maintain structure going forward to remain as a top team in the very talented Eastern Conference. Trotz has been accustomed to plenty of success over his coaching career, leading the Nashville Predators to four 100 point seasons and just last year completing the granddaddy feat of taking home the Stanley Cup Championship as the head coach of the Washington Capitals. Trotz’s has harped on team effort and structure from day one. The results are truly evident and it’s been remarkable how quickly his players have responded.

Bruins Center out for 6 Weeks