Mets Land 2B Jed Lowrie on a 2-yr deal 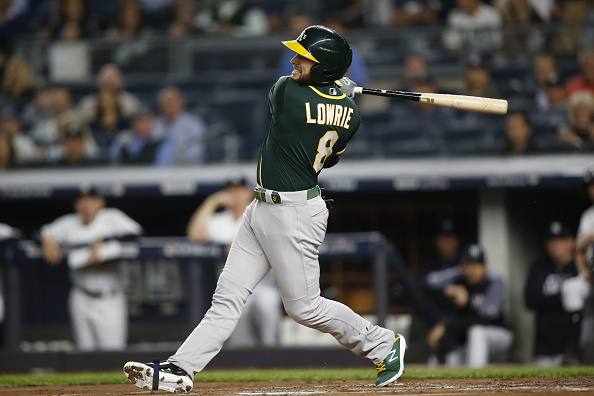 According to reports from Jeff Passan the New York Mets and Jed Lowrie came to an agreement yesterday on a 2yr $20 million deal. Lowrie is a 10-yr vet and has spent the last spent the last 3 seasons with the Oakland Athletics.

Last season the Mets had two players split time at 2B over the course of the season. To start the year the Mets had veteran Asdrubal Cabrera at 2B but, they were out of the playoff race at the trade deadline and they flipped him to the Phillies. To finish the season the Mets went with 26-yr old rookie Jeff McNeil. Together Cabrera and McNeil finished with a 2.2 WAR and a 2.7 WAR. The Mets 2B finished 2nd in WAR in the NL last season and they also added veteran 2B and former AL MVP Robinson Cano in a trade with the Mariners this offseason.

New Mets GM Brodie Van Wagenen has sought out to improve their offense this offseason and he’s done that with the addition of Lowrie. Lowrie may not necessarily be a fit with the Mets but at 2yrs 20 million Lowrie brings excellent value with his veteran experience, versatility in the infield and his offensive power surge in a Mets lineup that was lacking power in 2018. It’s unclear where Lowrie will see most of the time next season with the abundance of infielders the Mets have. He’s expected to see time all over the infield with some time at 2B, SS, 3B and he may even play 1B next season.

The Mets are looking to have a bounce-back season in 2019 after finishing 2018 with a record of 77-85 finishing 4th in the NL East and missing the playoffs. Lowrie will certainly be an important player to the Mets lineup next season and I expect Lowrie to continue what he did in 2018 and be one of the Mets top hitters in 2019.

Three Pitching Targets for the Cubs to Replace Jon Lester