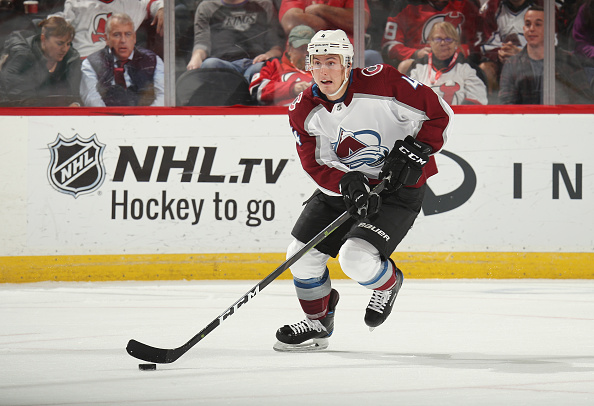 The trade deadline is fast approaching for the NHL and teams will be looking to stockpile draft picks or make waves to put themselves over the hump for a potential run in June. Here we take a look at the teams vying for playoff positioning, teams who are looking to rebuild, and what they all should do at the NHL trade deadline.

The Avalanche were a surprise playoff team last season and the darlings of the NHL one season ago. This year saw them sit at the top of the Western Conference. However, their reign was short lived and they now find themselves sliding down the mountain and regressing back to the team they were a year ago. They lack depth in the winger position and goaltending. They won’t fix their issues at the deadline and they are slowly becoming cup pretenders rather than cup contenders. They have interesting veteran pieces that could be for sale in Semyon Varlamov, Tyson Barrie, and Ian Cole. They could stockpile the draft picks, make a run at the playoffs and all this while still being a front runner for Hughes in the upcoming draft.

You can only keep a good man down for so long. Buffalo rode a hot streak to where they are now which is in the WC1 and chasing the Boston Bruins. This time the help doesn’t come in the crease as they have found a great one-two punch in net led by Carter Hutton. However, the Sabres could use some help on the blue line that hasn’t found a consistent pairing on the bottom line all season long. There are a lot of veteran defensemen on expiring contracts they could pick up. Look for them to bolster that rotation come playoff time.

Surprising enough, in the 5 years since the Stars have acquired Tyler Seguin they have made the playoffs just twice and advanced past the first round once. They find themselves in a race for the crown of Central Division Champions and they have a core of 8 highly skilled players signed for the next 3 or 4 years. It’s not great but I think the Stars could be in an all or nothing mode here with the staff they have on now. They do have limited cap space so that means significant pieces would be headed the other way in any big trade they made. Still, the window is open and they are going to take it.

This one is a hard sell to a city as hungry for a cup as Vancouver is. However, much like the Colorado Avalanche, they are an up and coming team with a ton of cap space to play around with. This team is still some time away from returning to cup contender status. Plus they have a few interesting veteran pieces with contracts set to expire in the upcoming offseason. Most notably Michael Del Zotto who could be moved as he does not have a no-trade clause. They could also move Alexander Edler, though he would have to sign off on a trade and I would guess he wants to stay in Vancouver.

The Oilers are used to being sellers this time of year. They are sliding at the current moment but still are right outside of contention for the Western Conference playoffs. A retool of the team could on the horizon and they could be looking to add a depth forward or a bottom 4 defenseman. They have already made a splash in acquiring Brandon Manning but I expect them to be more active as we get closer to the deadline.

The Hurricanes are an interesting team and one I don’t think a lot of people expected them to be able to keep pace this well in a tough Eastern Conference field that is very top heavy. Still, at the midway mark, they find themselves just 6 points out of playoff positioning with just a couple of teams standing in their way. I could see them going either way but they have a multitude of expiring contracts this year, most notably: Teuvo Teravainen, Justin Williams and Sebastian Aho. So for that reason, I think they will be sellers and look to resign those players which remain. Though with a lot of goaltending options available at the deadline, I wouldn’t be surprised if the brass goes for it and adds a goalie and some forward depth to make a run at the playoffs. However unlikely it may be at the current moment.