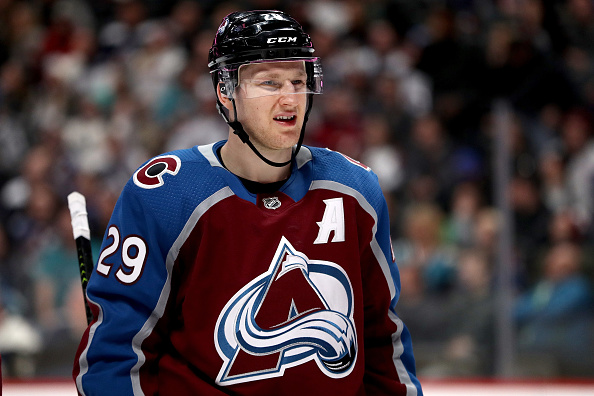 A whopper of a slate for your Tuesday evening. 11 games to pick players from on DraftKings. This makes things more interesting and perhaps more challenging for us to find a winning combination of players because the pool to pick from is so much greater on these nights. Florida at Pittsburgh, Columbus at Tampa Bay, Colorado at Winnipeg, and Edmonton at San Jose are where my focus will be, so let’s get going.

The Avalanche seem to be re-committed to Landeskog-Mackinnon-Rantanen on their first line again and it already paid off as the Avs routed the Rangers 6-1 in their last game. Mackinnon was good for three points and most impressively fired eight shots on goal. As good as Winnipeg’s forwards can be defensively this line is as close to match-up proof as they come.

For as gifted as the Jets are offensively they are prone to go through slumps just like the rest of the league from time-to-time. They could be finding their scoring groove back as they popped five past Dallas in their 5-1 triumph over the Stars Sunday. Morrissey and perhaps a Jets stack is in play. At this price, Morrissey continues to get blocks on top of a few points with big minutes, whereas the Jets forwards are still trying to regain their scoring touch.

The Sharks continue to be involved in high scoring games. Seven of the last 10 games, they have scored at least four goals. The Oilers rank 21st in the league in goals against per game allowing 3.12 per contest. Pavelski has eight points over his last five games and just recently put up four points versus the Avalanche Wednesday.

Burns’s numbers over the previous five games are astounding. three goals, nine assists, 26 shots, 27.23 minutes per game- that’s good for 45 FPTS, 9 FPTS per game. The Sharks are in a good spot on this homestand and Burns will likely be a big contributor once again.

Malkin or Crosby are great plays against the Florida Panthers Tuesday. They are ranked 28th in the league in goals against at 3.48. Crosby’s production over the last five is three points better then Malkin’s and overall Crosby is having a better season but don’t shy away from Malkin as he can catch fire just as easy as Crosby can.

Stacks of the night

As soon as Patrik Laine can get things going Little will likely follow suit. If this game versus the Avs breaks out like it has the potential to, Laine and Little might be able to form some type of offensive production.

Johnson is playing some big-time minutes for the Avs as he is averaging just over 22 minutes per game this season which ranks him a close second on the team behind Nathan Mackinnon. Johnson gives a steady 2.3 FPPG for the whole year but recently has a bit of a bump in production going over  2.5 FPPG in nine of his last 10 games.

If the Sharks continue to score at this rate it’s hard not to have as many of their players on your roster as you can. Pavelski is on a tear of late so we are hoping his linemate can get in on the action as well. For $600 more you could also go with Jonas Donskoi who has a point in four of his last five games.

Palat was not too long ago priced up at $4,900, since then he has registered just 1 assist. Palat’s 15 points over 26 games played are actually fairly decent. Additionally, Palat has good upside playing alongside Steven Stamkos on the first line and also gets first line power play minutes.

Good luck everyone with your plays, thanks for reading!