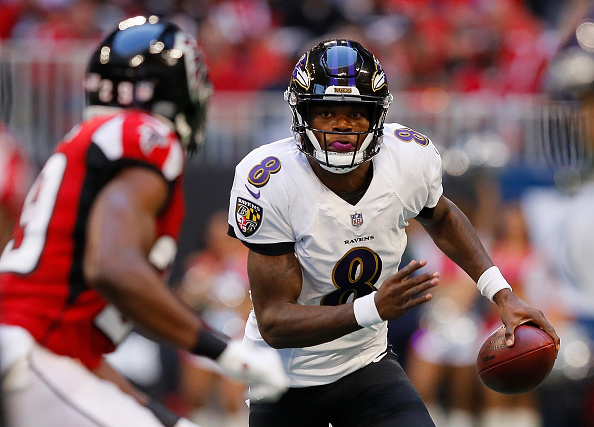 The fantasy playoffs are among us. Congratulations on making it if you have, and bravo to those who continue to put their best lineup out there regardless of their playoff status. This is a win-or-go-home week for most people, so let’s try to pick the best streaming options out there. First, as usual, let’s check out how the streaming options went last week.

Ty Montgomery: 8 pts, 3 rush, 13 yds, 5 catches 42 yds – now the clear third-down back for Baltimore and an intriguing hold for your roster

Lamar Jackson is undefeated as a starting quarterback. He is now 3-0 as a starter had another good fantasy day in Week 13. His rushing ability continues to provides him with a very high floor in the shape of 17 attempts for 75 yards and touchdown. He has only one passing touchdown in the three-game span and has not eclipsed 200 yards passing but still has at least 15 points in each game. In the game he threw a touchdown, he eclipsed 20 fantasy points. He is a few throws from being a 25 point quarterback. A matchup with the Kansas City Chiefs will allow Jackson to continue to gain massive yardage on the ground and force him to step up production in the passing game, at least a little bit.

*If Joe Flacco is not named the starter

Dak Prescott gets the battered and bruised Philadelphia Eagles defense, especially the secondary, this week at home. His team just pulled off an upset of the previously 10-1 New Orleans Saints. Dak Prescott was solid in that game against a very good defense. The Cowboys went very run-heavy all game to preserve their lead and waste the clock. Prescott only threw for one score, although he nearly connected with Amari Cooper at the end of the game for another. This division matchup for first place in the NFC East will need all hands on deck from Dak and Zeke who is starting to provide a yardage security blanket for Dak in the screen game. Dak still offers the running upside as well, even though he didn’t score last week on the ground. He is a rock solid streaming option against an Eagles secondary that allowed Colt McCoy to go 4-of-4 for 50 yards before sustaining an injury.

Chris Herndon only had two catches for 31 yards last week. The box score doesn’t look great but the Titans are one of the best teams defending the tight end position and Herndon saw six targets. The opportunity was still there. When streaming tight ends, that’s all we can ask for. Herndon gets another tough matchup against a solid Bills defense, but we will still chase the targets in the tight end streaming realm.

This week Jonnu Smith will face the Jacksonville Jaguars who have been susceptible to the tight end. Eric Ebron scored 36.8 fantasy points (.5 PPR) in his two games against Jacksonville this season. He had 13 catches and two touchdowns. Jonnu Smith will not have that success or volume but he can be successful considering Jacksonville struggles against the position. A must win game for the Titans will call for all hands on deck and Smith is always a sneaky touchdown play for Tennessee.

The Jaguars are led by Cody Kessler. If he struggles, Bortles may return to the starting lineup. Either way, this is a matchup to attack for the rest of the season.

If Sam Darnold returns, the Bills could easily be the top defense after the week is over. Darnold is very interception prone and a hiatus from play could mean rust to shake off for the rookie QB. If Josh McCown is the starter, he is a gunslinger also making an interception or two likely. The Jets struggle immensely on offense and the Bills should be considered a top-five option this week.

Rex Burkhead returned from IR designation last week and immediately saw a decent share of the work in a close game against Minnesota. Burkhead had seven carries and two receptions for 41 total yards. This was a very solid return to action considering it seemed Sony Michel had a lock on early down duties. It seems New England is intent on using Burkhead regardless of their other backfield stars. Miami has one of the worst defenses in the NFL and 10 touches against Miami could easily be a great fantasy day.

Michael Gallup had five receptions for 76 yards last week against New Orleans. The rookie was able to take advantage of a good matchup against Eli Apple, the Saints’ lesser corner. This week he will have another good matchup against the Eagles secondary filled with replacements. The Cowboys should look to exploit the plus-matchups of their two wide receivers meaning a big day for one or both. Coming off a great game with a strong matchup, Gallup is a good dart throw this week.