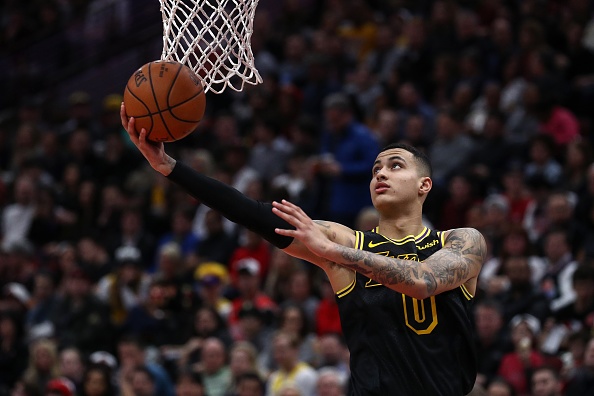 A look back on the Los Angeles Lakers dismantling of the Phoenix Suns on Sunday. Look out Western Conference. They are hitting their stride and should get Rondo back in a few weeks.

Phoenix came out swinging Sunday afternoon at Staples’ and was able to jump out to an early 20-5 lead against the Lakers. Poor shooting and trouble taking care of the ball caused Los Angeles to fall behind early. Despite their early struggles, the Lakers were able to fight back and close the first quarter only trailing by ten.

Los Angeles started the second quarter on a 10-0 run, tying the game around three minutes into the quarter. The Lakers received steady contributions from LeBron James, Kyle Kuzma, and JaVale McGee throughout the quarter. Kuzma would lead the way for the Lakers, finishing the first half with 18 points en route to a 15 point advantage for Los Angeles.

The Lakers would run away with it in the second half. Phoenix came out of the break shooting poorly and was never able to recover. The Lakers were consistently able to get to the foul line and grabbed every rebound in sight while they built their lead.

Solid bench play from Beasley and Wagner highlighted the fourth quarter as the Lakers would coast to a 24 point victory at home.

Beasley scored 9 fourth-quarter points on 3/5 FGs and 1/1 from beyond the arc.

Rookie Moe Wagner had 10 points, 3 rebounds, an assist, and a steal in ten minutes played. Wagner shot 3/8 from the field, 2/2 from the free throw line, and 2/3 on three-point attempts.

Despite the Lakers fighting back from an early deficit and getting the win their inability to take care of the ball was evident. Los Angeles would turn the ball over 19 times. They are averaging just over 16 turnovers per game since losing Rajon Rondo to a fractured right hand in mid-November. Rondo is expected to be available in late-December.

Reacting to Heat’s victory over the Thunder

Who are the NBA’s Buyers and Sellers?