What is Going on with Aaron Rodgers? 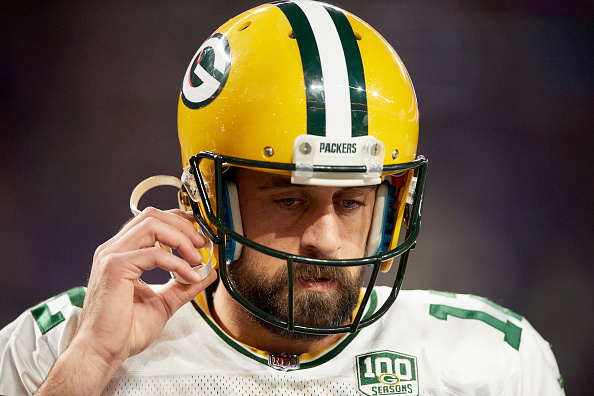 What is going on with Aaron Rodgers? Not just in fantasy, but in the NFL as well. He has always been in the discussion of who is the G.O.A.T. but this year he is not playing up to his standards. I know the excuse can be made for the Packers having young receivers, and he really misses Jordy Nelson. But Rodgers has always had the ability to elevate the talent around him.

This year seems different though and he has even missed on some really easy throws. Yes, he has made some beautiful ones, like he has always done.

Back shoulder. Beauty.@AaronRodgers12 and @tae15adams connect and the @packers strike first! #GoPackGo

But twice in the past two weeks, he has missed a couple short passes that have killed the drives. He missed a wide-open Davante Adams in the end zone.

Something is broken in Green Bay, whether it is the young receiving corps or the play calling, or all the above. Rodgers is becoming a liability in fantasy.

If you asked me which quarterback in the Packers/Vikings Game will have 342 yards and three touchdowns, with the other quarterback having 198 yards and one touchdown; I would have said 10 out of 10 times, Rodgers was the first quarterback. And yet that was not the case. He was outplayed by Kirk Cousins.

Rodgers was the first quarterback drafted and yet, there are currently nine quarterbacks outperforming him to date. I have heard people ask, “can you trust Russell Wilson?” He is currently ranked higher than Rodgers. If people were questioning Wilson, they must be questioning Rodgers.

Are you going to bench Aaron Rodgers? Of course not, he’s Aaron F’n Rodgers he can come out and throw 350 yards and four touchdowns by halftime. But shouldn’t you consider benching him? He has always been matchup proof, you play him no matter what. And yet he is averaging fewer points on the road and fewer points against top half defenses. We may have entered into a world where Rodgers is not on auto-start but a quarterback you stream if the matchup is good.