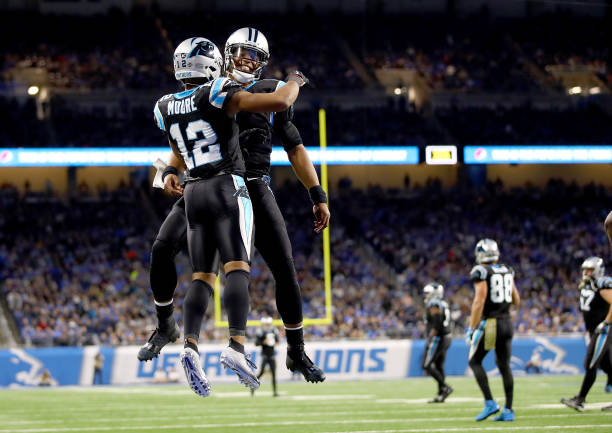 Reminder: You can’t carry over your Free Agent Aquisition Budget (FAAB) or turn it into real cash and take it with you. There is a real possibility that some of the following studs are available in your league and you must spend every nickel you have to acquire them. For those deeper leagues where the studs below are all taken, there are still some hidden gems out there to strengthen your squad for that final championship run. Spend that money because the time to lay it all on the line is now. The following waiver wire adds reflect a $100 FAAB.

Dak Prescott (DAL) (Stud) – Dak has been a QB1 the entire season. Also, since Cooper came over to the Cowboys, Dak has seen a bump in both passing volume and efficiency. This week he faces the Saints at home so he’s going to have to pass a ton, and he finishes the year off with the Eagles, the Colts and the Buccaneers in the fantasy playoffs. Yummy. He is worth $15-21 FAAB.

Baker Mayfield (CLE) (Stud) – Baker is finally hitting his stride. He has seven TDs in his last two games and he is doing it with swag. The best thing that Browns ever did was fire Hugh Jackson and Todd Haley because since their departures the Browns are firing on all cylinders. Further, the Browns figure to be trailing most weeks, which will lead to heavy passing volume for Baker. He is worth $15-21 FAAB.

Lamar Jackson (BAL) – Jackson is light years away from being a 300+ yard passer, but he is a backend QB1 due to his rushing. As long as he is the starter, Jackson has a 20 point floor. His upside is capped due to his passing woes, but he won’t ruin you if you start him. He is worth $7-15 FAAB.

Josh Allen (BUF) – Josh Allen is Tim Tebow with a rocket arm. He is inaccurate and extremely reckless with the ball; however, the boy can run. When Tebow was a starting QB, he was a QB1 in fantasy because of his rushing, and Allen is proving to be just as valuable. If you are desperate at QB or you play in a 2QB/Superflex league, Allen gives you a relatively safe floor. He was the QB8 this week in 6-point passing TD leagues. He is worth 3-7 FAAB.

Josh Adams (PHI) (Stud) – Adams finally got the work and he produced. Not in the stat sheet was a 50+ yard TD run that was called back on penalty so his 84 yards and a TD was very close to being 140 yards and two TDs. He was 22 carries in this game and Doug Pedersen already said he wants to get him more work moving forward. If Adams is somehow still available in your league, bet the farm. He is worth all of your FAAB.

Gus Edwards (BAL) (Stud) – Edwards has taken over the RB1 role for the Ravens with ease. He has two starts and two 100+ yard games. There is still uncertainty if he will be as effective when Joe Flacco returns, but as long as Lamar Jackson is the starting QB, Edwards is a set it and forget it RB2. Every year the Ravens have an RB who comes out of nowhere to take the lead role and win people fantasy championships and this year it is Gus Edwards. He is worth all of your FAAB.

Austin Ekeler (LAC) (Stud) – Melvin Gordon is going to miss 2-4 weeks with a grade 2 MCL sprain in his knee. This means that Austin Ekeler is now a full-time starter for his team and for yours. He will see upwards of 15 touches per game moving forward, and if Gordon is held out until the NFL playoffs, Ekeler will help you win a fantasy football championship. Ekeler is what we like to call a home-run pickup since it is very rare for a player to be available this late, who is also expected to see a full-time workload in the backfield. He is worth all of your FAAB.

Justin Jackson (LAC) – Ekeler is going to see a majority of the touches while Melvin Gordon is out, but Justin Jackson will see enough work to be fantasy relevant. Further, Jackson is a very good football player. He runs with good vision and above-average speed for his size. There is a very real possibility that Jackson shines with his touches and eventually becomes the RB1 for the Chargers heading into Weeks 15 and 16 of your fantasy playoffs. Jackson is what we call a lottery ticket pickup because he is not generating a lot of buzz right now, but his upside is through the roof. He is worth $21-27 FAAB.

Carlos Hyde (JAX) – Leonard Fournette owners need to add Hyde at all costs. Fournette is suspended for Week 13, and if he loses the appeal, Hyde will be in line for 20+ touches versus the Colts on Sunday. It is strictly a one-week volume play, but if Fournette sits, Hyde should be started across all leagues. Fournette owners should spend up to $35 FAAB to get him.

Theo Riddick (DET) – Riddick is a must-add in PPR leagues. Now that Marvin Jones is on IR, Riddick should see plenty of receiving work moving forward. He is one of the best pass-catching backs in the league and he should have a weekly floor of 10 points. Add him now to strengthen your RB depth heading into your playoffs. In PPR leagues especially, he is worth $7-12 FAAB.

Rex Burkhead (NE) – Burkhead has been activated from IR designated to return and added to the active roster. There is no telling exactly how he will be used, but Bill Belichick loves Burkhead and will get him involved in the game plan one way or another. In the past, Burkhead was heavily utilized in the red zone, so he worth an add in case that role continues. He is worth $3-5 FAAB, but James White owners should bid a little more.

Key Handcuffs: The following handcuffs are must-adds for teams with their RB1. They are not worth any FAAB.

D.J. Moore (CAR) (Stud) – Moore is the WR1 for the Panthers. Devin Funchess has been a huge disappointment and Panthers can plainly see the talent they have in Moore. If you need a WR, he is worth all your FAAB.

Adam Humphries (TB) – Humphries is the Buccaneers Julian Edelman. He is quick and elusive, and he is one of Jameis Winston’s favorite targets. DeSean Jackson is also dealing with an injury, so Humphries is in line for an increased workload moving forward. Expect him to see upwards of seven to nine targets per game from here on out. In PPR leagues especially, he is worth $15-21 FAAB.

Josh Reynolds (LAR) – Reynold is now a full-time starter for the Rams due to the ACL injury to Cooper Kupp. Last game, Reynolds showed that he can be a reliable Cooper Kupp replacement with six receptions for 80 yards and a TD. Given the explosiveness of the Rams offense, Reynolds is a must-add in all leagues. He is worth $15-21 FAAB.

Tre’Quan Smith (NO) – Smith was averaging three to five targets a week until he played the Eagles in week 10, where he finished with 10 receptions for 157 yards and a touchdown. It remains to be seen how many targets he’ll receipt going forward, but as the clear number two wide receiver for the Saints, he needs to be owned in all leagues. The upside is tremendous. He is worth $13-17  FAAB.

David Moore (SEA) – David Moore turned heads this pre-season and his game has translated seamlessly to the first team offense. He is never going to get more than six targets per game, but he is Russell Wilson’s favorite target in the red zone. Grab him as crucial depth for your championship squad. He is worth 5-11 FAAB.

Christian Kirk (AZ) – The Cardinals are a disaster, but it looks like Kirk has officially supplanted Larry Fitzgerald as the most targeted receiver on the team. Over the last two weeks, Fitzgerald has three receptions for three TDs on three targets. The important thing to note is three targets in two games compared to Kirk’s 10. With Fitzgerald’s future up in the air, look for the offense to center around David Johnson and Christian Kirk in order to gain some momentum to bring into 2019. He is worth $7-11 FAAB.

Josh Doctson (WAS) – Doctson is clearly Colt McCoy’s favorite WR. Over the last two games, the production has not been great, but Doctson has 17 targets over that span and fantasy football is all about opportunity. If he continues to average eight or more targets per game, he is going to fall into production, even if it is by accident. He is an excellent depth WR to strengthen your bench for the playoff push. He is worth $3-6 FAAB.

Bruce Ellington (DET) – Ellington has seen an average of eight targets in his two games as a Detroit Lion. Now that Marvin Jones has been put on Injured Reserve, Ellington should maintain his high target volume as the Lions WR2. He has more appeal in PPR leagues but should be added in all formats. He is worth $3-6 FAAB.

Jonnu Smith (TEN) – Smith has come on strong lately, and given the disaster of the TE position, he should be added in all leagues. His stat lines are far from attractive, but he has three TDs in his last four games. Every year players go on hot streaks and right now Smith is on fire. He is worth $5-9 FAAB.

Chris Herndon (NYJ) – Herndon has been a focal point of the offense over the past few weeks. He has 16 targets in the last three games, and last week he had seven receptions for 57 yards on eight targets. Due to the volume he sees each week, Herndon is high-end TE2 with upside. He is worth $3-7 FAAB.

Gerald Everett (LAR) – Everett is in line for an increased workload due to the absence of Cooper Kupp. The Rams have not needed to utilize their TEs due to all of the offensive weapons they have, but now they are a man down and the TEs will need to step up. Since Kupp went down two weeks ago, Everett has three TDs over his last seven quarters. Tyler Higbee is also an interesting addition, but I prefer Everett because he has more upside due to his size and speed. He is worth $3-5 FAAB.

Matt LaCosse (DEN) – This is a desperation add, but since Demaryius Thomas was traded to the Texans, the TE position has become a focal point of the Broncos’ offense. This week Jeff Heuerman was placed on IR so LaCosse is now the TE1. This week he caught three passed for 34 yards and a TD, and he should see a floor of five targets per week going forward. He is not worth any FAAB.

Seattle Seahawks – This week they face the 49ers who are allowing the sixth-most fantasy points to opposing defenses.

Green Bay Packers – Coming off of a divisional loss that essentially ended their playoff aspirations, the Packers are headed home to take on the putrid Arizona Cardinals who are allowing the second most fantasy points to opposing defenses.

Philadelphia Eagles – The Eagles are facing Colt McCoy and the Redskins at home on Monday Night Football. After a big win against the Giants, their playoff hopes are still alive so they are going to ball out in this game.

Denver Broncos – This week they face a Bengals team that is starting Jeff Driskel at QB. Von Miller + Bradley Chubb + Jeff Driskel = Defense fantasy points galore. If you get the Broncos, keep them because they have the easiest remaining schedule for opposing defenses.