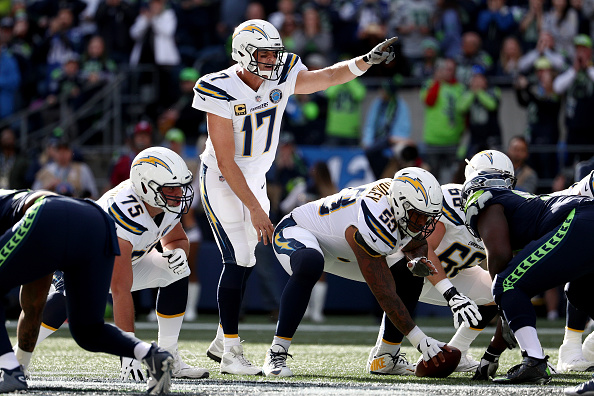 The Los Angeles Chargers are currently 6-2 and one of the hottest teams in the NFL right now. They have a good defensive team and an explosive offense led by Philip Rivers. DE Joey Bosa is set to return soon and adding an elite player like Bosa to a defense that allows just 18 points a game is scary.

If Hunter Henry returns in time for the playoffs, that gives Philip Rivers another reliable option. Melvin Gordon and Austin Ekeler have both played well this season. Gordon has been exceptional. It is always a good sign when a team has not only one, but two RBs to rely on come playoff time. Rivers is hungry for a championship and this team is poised for a deep playoff run.

The Chargers head to Oakland this weekend for a battle against their arch-rivals, the Raiders. Last time these two teams met was week 5 in LA. The Chargers ran over the Raiders 26-10. At the time, the Raiders had RB Marshawn Lynch, WR Amari Cooper, and DE Bruce Irvin. While the Raiders are in tank/rebuild mode, the Chargers will look to improve to 7-2. Philip Rivers threw for 339 yards, 2 TDs, 0 INT, and completed 22/27 passes. He will look to continue his MVP candidate season.

I expect the Chargers to win this game. It may be a close game through the first half, but in the second half, the Chargers will take control and run away with this game. They will look to sweep the Raiders once again, just like last season, only this time, they are in prime position to make the playoffs.

Chargers also cut kicker Caleb Sturgis after a horrendous season with LA. They re-signed Michael Badgley who was very impressive and did not miss a PAT or a FGA. That will help the Chargers blow teams out. Last week, Sturgis missed a PAT and a FG, which if he made those, the game in Seattle would not have come down to the wire. Nevertheless, Chargers will look to improve to 7-2, improve their winning streak to 7 games, and continue their dominating season.