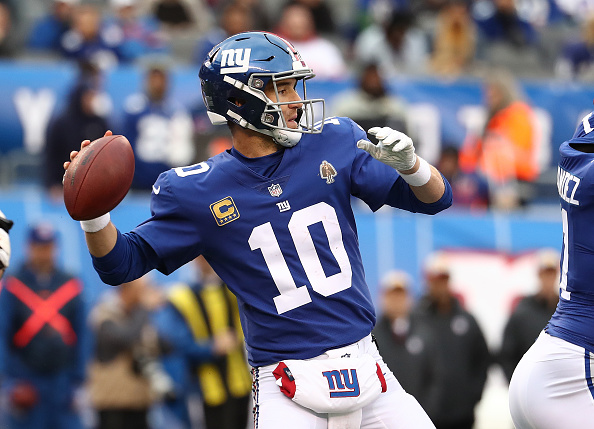 Week 10 offers some relief from a Week 9 “bye-pocalyspe.” This past week we were forced to throw out names like Derek Carr and Joe Flacco as streaming options and that didn’t go as well as someone people had needed. Week 9 was a week where good streamers were needed desperately, but in reality there just weren’t many great options. Here’s to a better Week 10.

Andy Dalton is probably owned in your league. If he isn’t that would be the top streaming option this week. Here are a few other less-owned players based on ESPN’s ownership percentage.

Baker is going to have to start paying rent to keep appearing on this article. Seemingly here every week, he offers the most upside of quarterbacks that are probably unowned in your league. Coming off a strong performance against the Chiefs with a new head coach and offensive coordinator, there is reason to be optimistic again about the Browns and Mayfield. In Week 10 the Browns will host the Falcons who have a weak defense thanks to injuries. Atlanta has surrendered the seventh-most yards in the air this season as well as the fourth-most passing touchdowns. The game script should benefit Mayfield as the game is looking like it will be the Browns trying to keep pace with the high-flying Atlanta attack or playing from behind most of the game. Mayfield should see plenty of opportunities to sling the ball around and the emergence of Duke Johnson may have given Mayfield the last weapon he needed to take the next step.

I went to Eli once before, and he didn’t let me down. I am going to trust him again this week as a good streaming option against the San Francisco 49ers. I know I recommended Derek Carr against the same 49ers but the Giants offensive weapons are actual NFL professionals compared to the Raiders replacement squad. The Niners defense though it looked good, is not actually that good. They rank ninth-worst in pass yards allowed and fourth-worst in pass touchdowns allowed. The biggest appeal of Eli Manning is his sidearm named Saquon Barkley who eats up receiving yards. Barkley leads all running backs this year in receiving yards with 497 yards (62 YPG). Manning still has his other weapons to overmatch the San Francisco defense including Odell Beckham, Evan Engram, and Sterling Shepard. With those weapons around him, I am inclined to believe Eli will be able to make something happen against a poor defense.

Pick up Jack Doyle if he is unowned. He is the best option left on the wire this week and every other week. He currently sits at 40.3% owned, which will not last. Every legitimate tight end seems to disappear off the wire because of just how dry the landscape is. Vance McDonald is another good option this week versus Carolina who cannot stop tight ends. Some others not heavily owned for this week include:

Watson is coming off a strong game against the Rams where he was the beneficiary of a beautiful play call and throw from Drew Brees for a touchdown. Watson has now scored in 2-of-3 games since Week 7 and is involved enough in the offense to warrant consideration if you need a tight end replacement. This week, New Orleans will travel to Cincinnati to play the Bengals who struggle mightily against the tight end position. The Bengals are allowing the third most fantasy points to tight ends this season including five touchdowns in eight games. Watson may be the best streaming option this week.

Uzomah will face the Saints opposite of Ben Watson, but he doesn’t have nearly as good of a matchup. That might not matter when we are this low on the tight end list looking for options. At this point, we would like to use the players with the most opportunity. Uzomah certainly has that now. With Tyler Eifert and Tyler Kroft both going down to injury, Uzomah is the last man standing in an offense that rewards tight ends, especially in the red zone. The Saints play the tight end well but the Bengals will be without A.J. Green this week, at least, leaving targets to be vacuumed up somewhere. Uzomah should have a safe floor this week with high volume upside.

The Jets face the Bills at home. Josh Allen might return but it shouldn’t really matter. The Bills can’t do anything on offense and the Jets are a good defense.

Sam Darnold just threw four interceptions including a pick-six against Miami, my stream of the week. The Bills’ defensive strength is pass defense and sometimes getting to the quarterback. The Bills defense has scored double-digit fantasy points three times already this year, and I think the unit will be the highest scoring fantasy asset from Buffalo this week against the Jets in what figures to be a low-scoring game.

The Jaguars travel to the dome in Indianapolis to try to regain the playoff form that they had earlier in the season. The offense needs to step up under Blake Bortles and possibly the return of Leonard Fournette this week. The Jaguars offense has struggled, but the unit should still be able to get into field goal range against the soft Colts defense.

Coming off a two-catch for 23-yard and one touchdown performance, Tre’Quan Smith could see the first back-to-back touchdown weeks of his career. The Cincinnati Bengals are allowing the most passing yards per game at 319. The Bengals have allowed 34 plays of 20+ yards (fourth-worst) and seven plays of 40+ yards (T-6th worst). Michael Thomas will surely garner most of the attention from the secondary hopefully giving Smith a few opportunities for a long touchdown or big plays. Smith has taken over the Ted Ginn role; the deep-threat role so this matchup looks good for Smith.

Chris Ivory has actually been productive in his backup role to LeSean McCoy. In his last three games, he has put up 12.1, 5 and 7.1 half PPR points. In his past two games with McCoy back in the lineup, Ivory is averaging 35 rushing yards on 6.5 attempts, which is fantastic. So he is running well and even adds a little in the passing game averaging 2.3 receptions and 18.7 receiving yards over his last three games. In that span, Ivory has not scored a touchdown but continues to produce solid numbers for a deep consideration. This week he has a chance for a revenge game against his former team, the New York Jets. His chance to score his second rushing touchdown and first since Week 2 is as good as any this week.