What Have You Done For Me Lately? 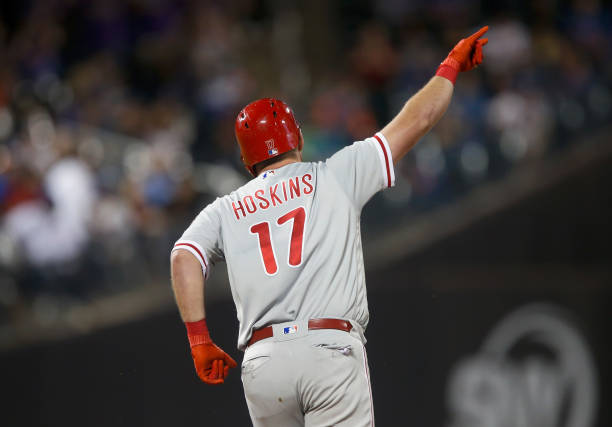 For the first installment, I am going to be taking a look at the 2017 Triple-A All-Stars to see how they performed during the 2018 season. I will be highlighting Rhys Hoskins, who was playing for the Lehigh Valley Iron Pigs in the International League and Christian Walker who was playing for the Reno Aces in the Pacific Coast League.

While Hoskins played most of his time in the Minor Leagues at first base, and only got his first glimpse of outfield life in 2017, where he played only three minor league games in left field, seems like he is going to be more of an outfielder, who can also cover first base while in the Majors. During his 2018 campaign, Hoskins played 17 games at first base and 135 games in left field. Hoskins only committed 16 errors during 2018, 11 of which at first base, solidifying the fact that Hoskins will be more of an outfield threat for the Phillies in years to come.

Walker seems like he may be on the path to be a career Minor League player, coming up to the Majors when there are injuries. The Arizona Diamondbacks, at the time of this writing, have Paul Goldschmidt blocking Walker at first base, and Patrick Kivlehan, David Peralta and Steven Souza Jr. blocking Walker in left field.

After looking over the seasons, I think that Rhys Hoskins is going to be a force to be reckoned with for years to come with the Phillies. Hoskins is only 25 years old and has shown that he has a large variety of tools to keep in the in the Majors for many years to come. Christian Walker, at 27 years old, maybe more of a career Minor League player, with glimpses of Major League time when the starters either need rest or if injuries occur.

Stay tuned for next week’s article when I will be taking a look at the Double-A MVP’s from the Eastern, Southern and Texas Leagues.