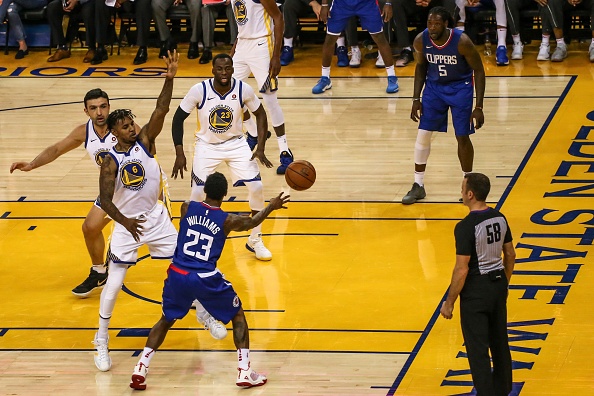 The Los Angeles Clippers have been quietly playing good basketball. They are currently 4-2, including wins against the Thunder and the Rockets (twice). This team plays with a lot of heart, led by Patrick Beverley’s defense and Tobias Harris‘ and Lou Williams‘ offense. They have been finding ways to win games.

They don’t have a star or superstar to rely on, although Tobias Harris has been playing phenomenally, they have to all rely on each other. That is why the Clippers are finding ways to win games. The bench led by Lou Williams, Montrezl Harrell, and Shai Gilgeous-Alexander has sparked this team. As long as Gallinari can stay healthy, Lou and Harris lead this team offensively and consistently, they could be a 7th or 8th seed in the Western Conference, as crazy as that sounds. They are also an extremely underrated defensive team, with the likes of Patrick Beverley and Avery Bradley in the backcourt, Montrezl Harrell, and Luc Mbah a Moute in the frontcourt off the bench, and Gilgeous-Alexander off the bench as well.

This week the Clippers are on the road. The first game is tonight against the Oklahoma City Thunder who they defeated at home in the second game of the season. The only difference is, it’s in OKC, and Russell Westbrook will play this time. It’s going to be a good battle between Patrick Beverley and Russell Westbrook as they have history from a couple of years back. Another intriguing matchup will be Tobias Harris against Paul George. Off the bench, all eyes will be on Lou Williams vs. Dennis Schroeder and Montrezl Harrell vs. Nerlens Noel (If he plays). I think the Clippers win this game in OKC in a close one. Especially if Steven Adams and/or Nerlens Noel are ruled out for tonight’s game.

The Clippers then head to Philadelphia for a battle against Joel Embiid and the Sixers. This game, I think Embiid has his way with Gortat, and the Sixers get the win. Lou and/or Tobias will keep it close, but in the end, the Sixers will win this game.

They head to Orlando right after the game against Philadelphia for a battle against Aaron Gordon and the Orlando Magic. I think the Clippers will win this game, finishing their short road trip with a 2-1 record.

The Beanpot Returns to TD Garden After a One-Year Hiatus