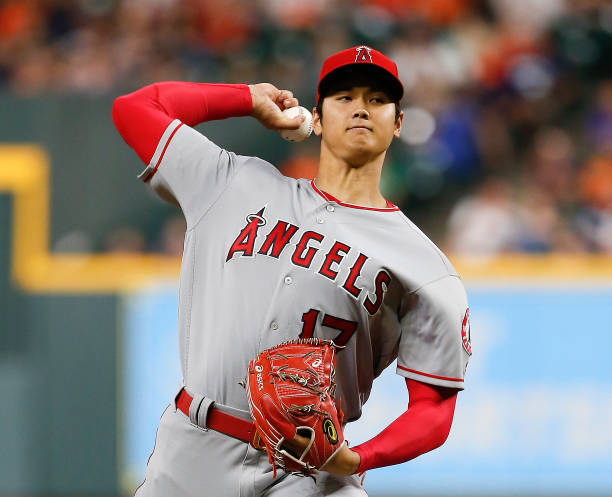 Tommy John Surgery is a fear of most baseball players, but especially pitchers. While anyone who has ever played baseball has heard of the surgery few know its history or what is involved in the rehabilitation process after the surgery. With the news earlier in the week that Shohei Ohtani, rookie pitcher and designated hitter for the LA Angels will undergo Tommy John Surgery as soon as the season is over, I thought a look at this procedure was warranted.

Tommy John Surgery to a baseball player is similar to ACL surgery to a football player.  Both are done by reconstructing the affected ligament with tissue removed from a different muscle/ligament complex. In Tommy John surgery the Ulnar Collateral Ligament is reconstructed using a ligament piece obtained from the hamstring, forearm or foot. This surgery is named for the MLB player Tommy John who was the first MLB player to have the procedure done in 1974 by Dr. Frank Jobe. It took John 18 months to return to the mound following the surgery, but he played for 15 additional years and his ERA and wins recorded pre and post surgery were almost identical. Jim Morris, the main character in the 2002 Disney movie The Rookie, credits the surgery with allowing him to return to baseball 10 years after leaving and finally breaking into the majors at the ripe old age of 35.

The key to the success of Tommy John Surgery is a commitment to the rehabilitation process and taking the recovery slow and steady. It takes about 12-18 months for pitchers and about 6-9 months for position players.

2-3 weeks after surgery the brace that has been holding the elbow in a 90-degree bend is slowly adjusted to extend the arm and simple isometric exercises are started.  The timing of this phase is based on healing at the surgical site and the amount of swelling that is still present post-surgery.

The brace is able to be removed 4-6 weeks after the surgery and this is when the real work begins. Even before the brace comes off, the range of motion and toning exercises with light dumbbells begins. Provided all is going well with rehab, the player can begin moving his or her arm in a throwing motion slowly and without any weight or objects in the hand around 10-14 weeks post operation.

A popular activity of athletes recovering from Tommy John surgery is golfing.  This is because it is an activity along with simple batting practice that is included in the rehab agenda around 14-18 weeks into the recovery.  Since Ohtani is also a DH, this early return to batting is one of the reasons he should be available as a DH next season.

Most players, pitchers and position players begin a flat ground soft toss throwing program around 18-20 weeks into their recovery.  The number of throws and the distance thrown is increased gradually week by week.  It is in this stage that most players often experience a setback.  They feel good postoperatively, and try to start throwing too hard and too far, resulting in reinjuring the elbow that is still recovering. Since athletes are competitive by nature, they are continually reminded to not push the rehab to try to prevent this from happening.

While the arm being rehabbed is important, the players who respond and return to form the best are also the players whose trainers and physical therapists also use the downtime to work on core strengthening, posture issues, and other soft tissue issues throughout the players’ bodies.

If the patient is a position player, they are usually ready to return to competitive play about 6-9 months after surgery.  If the patient is a pitcher, they will begin to throw straight fastballs on the mound with a gradual increase in effort around this same time.  Recovery starts with fastballs, and slowly breaking balls are added into the regime.  At this point in their recovery, they are throwing 25-50 times in a session at 25-50% normal velocity.

The pitcher is now ready to start facing batters and pitching in simulated games around 10-14 months after the operation.  This is when they normally start a minor league rehab assignment. Once they reach this point in their recovery, the keys to rehab are conditioning and stamina which only comes with a slow and steady approach to playing in simulated and real games. Most pitchers return to the rotation 14-18 months after the operation.

A lot of pitchers and position players report that they are throwing harder than they did prior to the surgery. The surgery itself has no effect on throwing and batting, but if the player truly followed the rehab steps and worked on core strengthening and soft tissue improvement, this improvement is not unexpected. The arm is usually stronger than it was before and this results in the increased velocity.

In light of all that is involved in the recovery process, barring any unexpected blips in the rehab process, I would expect Shohei Ohtani to be able to return to form as a batter by the start of the season in 2019 and to pitching form in 2020.  In fact, given the attention to batting without pitching, I would expect 2019 to be an above average year for him as a hitter and 2020 will have to be addressed once we see how he looks postoperatively but I would expect to him returning equal or better than he was in his rookie season.

BC Routs Maine by 20

Craig Kimbrel and the Saves Record