The Hall of Fame’s Identity Crisis 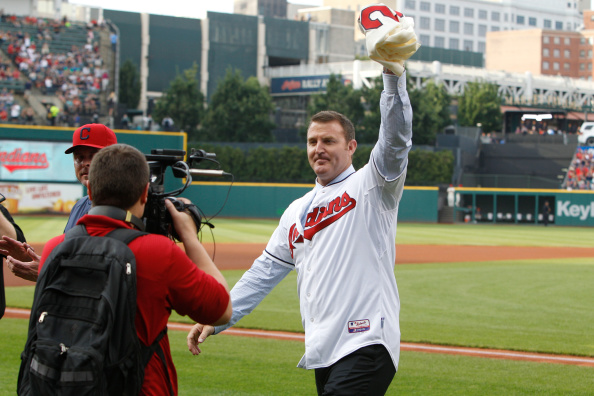 As the Hall of Fame gets ready to welcome its newest members, let’s not question if those players are worthy, but if the Hall of Fame is truly that. The Hall is going through an identity crisis. But more on that in a moment. This weekend will be about new inductees Jack Morris, Alan Trammell, Vlad Guerrero, Jim Thome, Chipper Jones, and Trevor Hoffman, all of whom deserve to be in the Hall of Fame, not just because of their accomplishments, but for the way they played and respected the game.

However, the voters missed a few and the Hall needs to do something about it. I know the writers choose who gets in and who does not, but a small change in Cooperstown might make it easier to let fans decide on retired players’ legacies. With that out of the way, what about Clemens and Bonds? I won’t mention Mark McGwire because he is now off the ballot. Oh wait, I just did. That’s my Rafael Palmeiro (there’s another one), I mean my bad.

The shadow of the PED era in baseball will forever keep the proper limelight from the accomplishments of many players from the modern era, but that doesn’t mean it should. Yes, those players either cheated, or likely cheated (since positive tests never actually proved it), but that doesn’t mean they should be dismissed entirely.

User or not, Clemens still had to throw the ball past hitters, and his fielders needed to get the outs. Not only that, one could argue he was a Hall of Fame pitcher long before accusations of PED use ever came to light. For Bonds, he was a 40-40 guy, with 500 homers and hundreds of steals, and that was before he went from looking like an ideal outfielder to looking like a linebacker. Same for McGwire, minus the stolen bases, since he ran about as fast as a skateboarder going uphill.

But should they not be in the Hall?

Should others accused of PEDs be kept out as well?

No, but it depends on how you view the Hall of Fame. Is it a museum for baseball fans, or a shrine to those with perfect reputations? If your answer is the latter, then we need to start pulling down plaques and melting down bronze busts. In fact, if that’s the case, the “Hall” may soon become not much more than a pantry.

Many of those enshrined do not exactly have great reputations. Many legends later in life admitted to taking “greenies,” or uppers, to help get them through the season. Are those not performance enhancers? Would they have performed worse if they had not taken those during their careers to get through the “dog days of August (or September)?” The answer is we simply don’t know.

But those questions didn’t keep them out of the Hall of Fame and those same questions should not keep a generation of players out and deny baseball fans the chance to learn about the sport, those who played it, and those with questionable practices. Isn’t that what museums are for: to teach people about history?

For the steroid users, and let’s add Palmeiro to that list and A-Rod when his name comes up years down the road. The Hall of Fame, if it is truly a museum, should designate a certain section where a plaque of their careers is on display.

Those plaques should then show their careers, but also mention they are “Off the Hall,” maybe that’s what we call it because they cheated, or were accused of cheating. That way, fans do not miss out on a generation of players they watched. Not only that, if we are looking to shame the cheaters, telling them they are being remembered in the Hall of Fame, but they get no induction ceremony, might actually add some weight to what they did.

That way, they are included, but in a somewhat more dubious way and baseball fans can still relive some of the moments they watched when they were younger.

McGwire was the first man to hit 70 homers in a season.

Then Bonds hit 73, on his way to becoming the all-time home run leader.

No one has won more Cy Young Awards than Clemens.

A-Rod and Palmeiro are two of just five members of the 500 homer, 3,000 hit club.  The other two are named Aaron and Mays. (Pujols will be in the Hall when he is done) They need to be there, just without the fanfare and with a permanent asterisk. That’s a museum, and as it should be.

The all-time hits leader should be there too, but that’s another column for a different day.

Why the Chargers Must add a Tight End this Off-Season