Is the NBA Draft Losing Its Value? 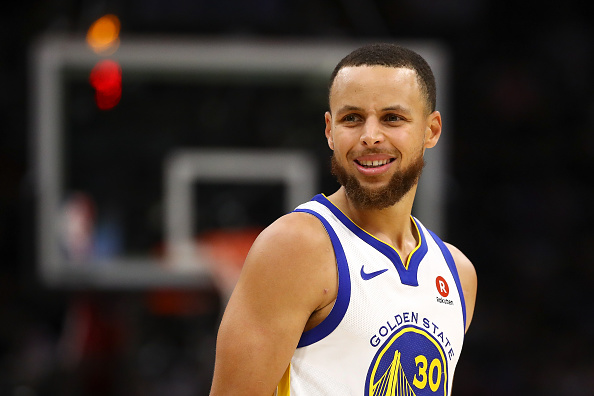 The Los Angeles Lakers, the most storied franchise in the NBA, have been in rebuild mode for at least five seasons. Ever since Kobe Bryant‘s body gave up on him (he missed 139 games in his last three years), the Purple and Gold have been outside the playoffs and looking to acquire new talent through the draft.

Due to their atrocious performances in recent years (their total of 126 wins since the start of the 2013-14 season is the lowest in the NBA), the Lakers have had several high draft picks, including three consecutive years, from 2015-17, of selecting second overall. In theory, then, the franchise should have been poised to contend for the next decade at least.

Yet it has not been that simple in La La Land. Those three number two picks, which yielded D’Angelo Russell, Brandon Ingram and Lonzo Ball, have not turned the franchise’s fortunes around drastically. Russell now plays for the Brooklyn Nets and although Ingram and Ball have shown promise in their short careers so far, few expect them to develop into players capable of leading a championship team after the Lakers missed the postseason once again last time out.

The failure to draft a star to take the Lakers back to their glory days forced them to turn to free agency. In what was the most coveted and highly-anticipated move of the summer, Lebron James took his talents to Los Angeles, transforming the Lakers from rank outsiders to one of the best in the west.

This series of events raises the question, how important is the draft in the modern NBA? The Lakers were consistently picking at the top of the lottery, but it took the signing of one of the greatest players of all time just to put them in playoff contention.

This situation is repeated across the league. The Sacramento Kings have had a top 10 pick in each of the last 10 drafts, but have not featured in the postseason since 2006. The Phoenix Suns and Orlando Magic have been lingering near the wrong end of the standings for several seasons, despite regular lottery picks. Likewise, the Houston Rockets, who had the best record in the NBA (65-17) last season, are led by MVP James Harden and Chris Paul; two players acquired through trades rather than the draft.

Why aren’t high draft picks translating into team improvement? Here are a couple of possible explanations.

The NBA can bring untold riches to players. With the league as popular as it has ever been, a successful career in it will lead to a contract with lots of zeroes, as well as fame and adulation. Meanwhile, college basketball in America cannot offer that. March Madness is highly entertaining, but with no pay, less TV coverage, and the media focusing on the coaches as much as the players, it is little surprise that the best the NCAA has to offer bolt for the pros as soon as they are old enough.

In last month’s draft just two of the top ten picks, Kevin Knox and Mikal Bridges, were aged 20 or older. This is a product of the ‘one and done’ culture, as most prospects play a mandatory year in college, before declaring for the draft. Although this allows the next generation of NBA stars to realize their dream as earlier as possible, it reduces the value of the draft.

In decades past, the top picks would have multiple years of college under their belt. The likes of Larry Bird, Michael Jordan, and Tim Duncan had played at least three seasons of college basketball and were comfortably into their twenties when they entered the NBA. This meant they could significantly improve their new teams immediately. Now, most lottery selections are teenagers who are neither physically nor mentally ready for the challenge of an 82-game season.

As a result, it is difficult for teams to extract those who can shoulder the burden of professional basketball. A young player may be superb in college but, in just one season, it is nigh on impossible to establish whether they can translate their game to the NBA, where they will be up against grown men night after night. Ingram (who played one season in college) is a perfect example of this as, weighing just 190 lbs at 6’9″, he simply cannot compete physically with veterans at this point in his career.

College basketball used to be a breeding ground for NBA franchises. Now, it is merely a platform for teenagers to show what they can do for a token year before leaving prematurely, making building through the draft more challenging than ever.

The Rise of the Super Team

Rightly or wrongly, NBA players’ legacies are heavily judged on their number of rings. It is a glaring hole in the resumes of Elgin Baylor, Karl Malone, and Charles Barkley to name a few. This obsession with titles has, in recent years, led to the rise of ‘super teams’ as stars, desperate to avoid joining the list of ‘best players never to win a championship’ team up with one, two, three or – in DeMarcus Cousins‘ case – four high-quality players.

Many of today’s greats have done it. Lebron could not find a way to win it all with the Cavaliers, and so left for the Heat, where he won his first two titles. Kevin Durant joined the Warriors after falling short with the Thunder and is coming off back-to-back championships. Chris Paul’s time is running out, so he teamed up with Harden, and reached the Conference Finals for the first time. For better or for worse, players do increase their chances of getting that elusive ring if they join a super team.

This has two negative effects on the draft. Firstly, and most obviously, franchises who select a transcendent talent, but cannot manage to surround him with the sufficient pieces to win a title, see that star player leave while still in his prime, much like Lebron did when he departed Cleveland in 2010.

Moreover, the super team concept makes building solely through the draft a daunting task. Two all-stars is now considered the absolute minimum to contend, but champions usually have at least three. The Warriors, after signing Cousins, have five. Consequently, an organization can no longer rely on the draft to pick up the talent required to reach the summit, since the probability of selecting three or more top-quality players in a short period of time are very slim (unless you’re the Thunder, but we all know what happened there).

The Philadelphia 76ers are the main victim of the super team. In Ben Simmons and Joel Embiid, they have drafted two players with MVP potential. However, when stacked rosters like that in Golden State are considered, many believe that this duo alone is not enough to go all the way.

Can the draft be used to revolutionize a franchise? Yes. The Warriors, of all the teams, provide clear evidence of this, as the foundations of their current dominance were the shrewd acquisitions of Stephen Curry, Klay Thompson, and Draymond Green on draft night. However, it is worth noting that they each played at least three seasons in college, implying that a blueprint like this may never be replicated.