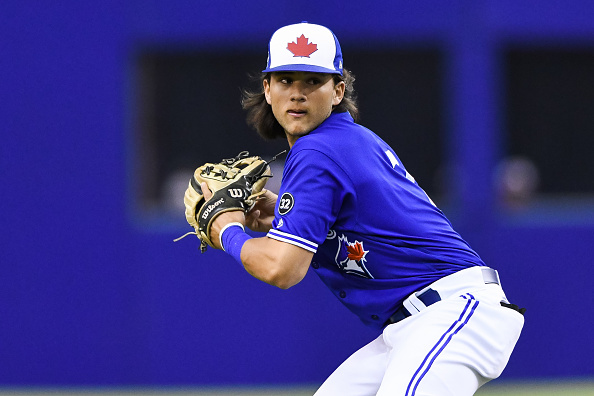 The annual Futures Game was played on Sunday, and just as you would expect with 30 of the top 100 prospects playing, according to MLB.com, it did not disappoint as no one thought it would this year.

The starting lineups were announced earlier in the day on Sunday, and this is what we are looking at to start the game:

Out of the 20 pitchers that pitched in this game, Jesus Luzardo was the only pitcher to pitch multiple full innings. Luzardo pitched 2 innings allowing one run and three hits while striking out three.

Mitch Keller was the top-rated pitching prospect in this game, and he proved that he has the stuff. Keller pitched one inning, allowing nothing, not a hit, not a walk, and struck out one, while throwing a total of 14 pitches.

New York Yankees top pitching prospect was a bit shaky. Justus Sheffield pitched 1.1 innings and allowed two hits, one of which was a home run, and two earned runs while only striking out one. Another prospect who was a little shaky on Sunday was Lewis Thorp from the Minnesota Twins. He pitched .2 innings allowing four runs on three hits, two of which were home runs, and struck out one batter.

With the caliber of prospects that these pitchers faced, they did a great job of showcasing their talents.

There has NEVER been a home run of 113+ mph with a 40+ degree launch angle measured by @statcast. Until @Mets No. 2 prospect Peter Alonso did this in today's #FuturesGame: https://t.co/TnRERMFTjb pic.twitter.com/QHwdW49QFI

To follow up that home run, Taylor Trammell made the most of his two at-bats by also legging out a triple in this game, proving why he is such a high prospect.

Though scores do not matter for this game, the United States defeated the World Team by a score of 10-6. With a total of 16 runs and 22 hits, this was surely a game of offense, and the players definitely showcased their talents whether they are trade bait, or to contribute to their Major League affiliate.

As always make sure to follow me on Twitter @HandzelSports for all the latest Major and Minor League Baseball news!

Episode 13: The Tribal Council Has Spoken

What’s Going on in the MLL?