Local News Outlet Gets in on Rozier, Bledsoe Feud 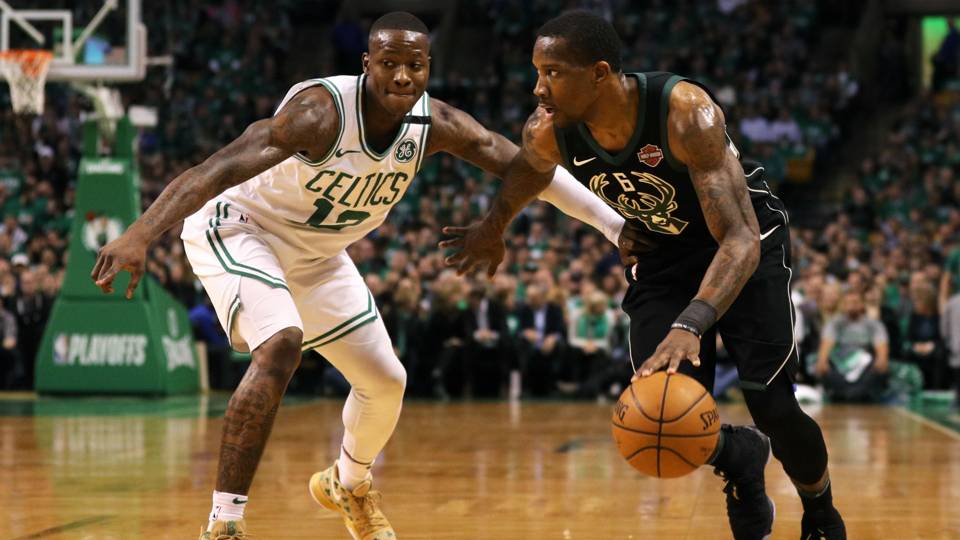 Boston Celtics point guard Terry Rozier has been a revelation for his team so far in the postseason. After the Celtics lost starter Kyrie Irving for the remainder of the season with a knee injury, Boston’s hopes of a deep playoff run were immediately put in jeopardy.

However, Rozier has stepped up to fill Irving’s role near flawlessly during the Celtics’ first round matchup against the Milwaukee Bucks. Through the first two games of the postseason, Rozier has logged 39 minutes of court time per game and averaged 23 points on a 46.9 percent feild goal clip and 50 percent mark from beyond the arc.

Meanwhile, as Rozier has shined in the postseason spotlight, his primary matchup in this round one series, Eric Bledsoe, has failed to produce similar results for his Bucks squad. The seventh year man out of Kentucky has scored just 21 points combined in Games 1 and 2, two points less than Rozier’s average over that same span. Bledsoe has averaged almost as many turnovers against Boston (three) as he has assists (four), while through 78 total minutes of playing time Rozier has yet to turn the ball over once.

Despite clearly getting outplayed in the matchup though, Bledsoe refuses to give Rozier any respect for his play. Per Matt Velazquez of the Journal Sentinel, when asked about Rozier’s “strong start to the series” Bledsoe claimed “I don’t even know who the f— that is.

I asked Eric Bledsoe about Terry Rozier’s strong start to the series and if he takes that matchup personally. He responded, “Who?” I said, “Terry Rozier.”

Bledsoe: “I don’t even know who the [email protected]%# that is.”

Well, NBC Boston was kind enough to try and help Bledsoe jog his memory on who he’s been getting showed up in the postseason by in their new “Scary Terry” television spot. The ad makes uses references to the popular Adult Swim cartoon Rick and Morty, due to a Freddy Krueger like monster on the show that shares Rozier’s nickname of “Scary Terry.”

In what was one nearly a Game No.1 winning shot by Rozier, (had Khris Middleton not sent the contest into overtime with a ridiculous buzzer beater on the following play) the Celtics’ guard hits Bledsoe with a dirty crossover, leaving him almost at the elbow. Bledsoe is then sucked into another dimension by a portal from the Rick and Morty, as “Scary Terry” drains the clutch three pointer. The video closes with Bledsoe running from his nightmare in Rozier, screaming like Morty Smith along the way.

Biased coverage from local sports networks is always fun and NBC Sports Boston took it a step further with this one by making a pop culture reference along with their hype video. Hopefully this clip will also help Bledsoe finally recognize who he’s supposed to have been guarding during these past couple of games.

However, if not some other folks at NBC Boston have other ways to help him. A. Sherrod Blakley donated his entire online Thursday column to the cause.

We might not be getting a 2017 Celtics vs. Washington Wizards level type of postseason rivalry here, but it has still been a fairly entertaining back and forth so far.