Sweeney: Nash’s Delay of Game Penalty Should Have Never Happened 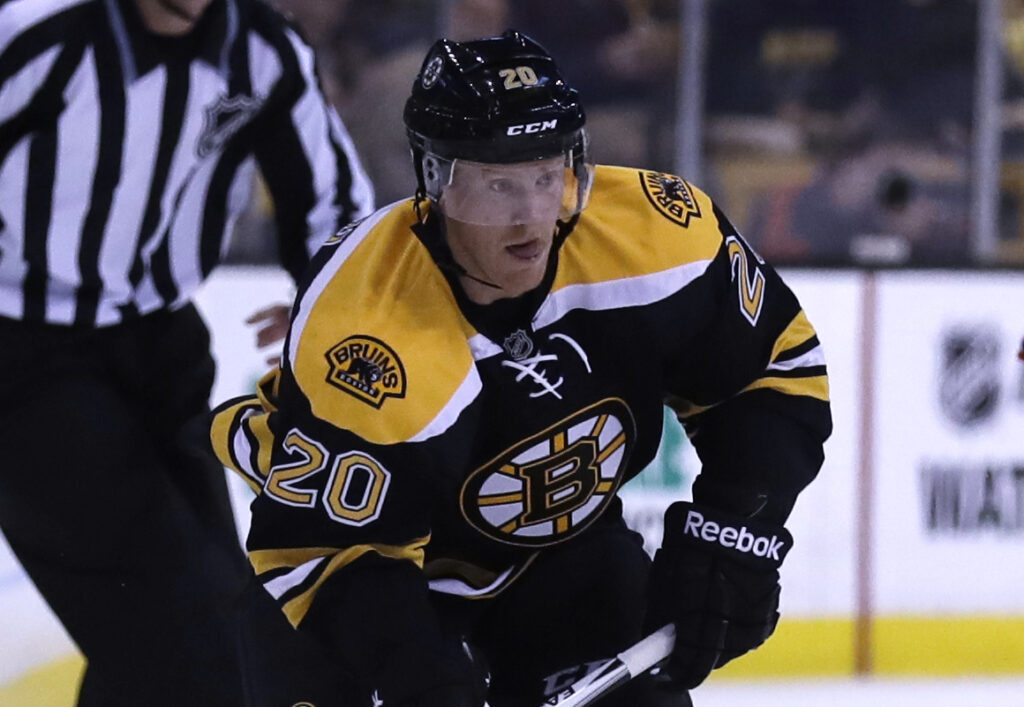 There were four calls made in the 60-minute, Monday night matchup of the Toronto Maple Leafs against the Boston Bruins for Game 3 of the series, and one of them was completely wrong.

Monday night in Toronto, Bruins forward Riley Nash was looking to chip the puck outside of the Bruins’ zone, hoping to trigger an offensive rush and break the scoreless tie of the first period. Nash had been out for seven games after taking a puck to the side of the face, and had to let the forty stitches to keep his ear attached to his body heal as well as the concussion-like symptoms he experienced with the puck hitting his skull.

However, his contribution to the game’s box score consisted of one penalty that cost his own team a goal, and perhaps the game.

Nash went to send the puck into the neutral zone or a fellow Bruins’ stick, but instead it ended up in the rows of Leafs fans on the other side of the glass. The assumed procedure to follow is that there would be a faceoff in the Bruins’ zone, and the game would continue.

The Toronto bench and players, though, were calling for it to be a delay of game penalty—that the puck went out of play directly, without touching anything on the way out.

The four on-ice officials—linesmen Brian Murphy and Mike Cormier, along with referees Brad Meier and Ian Walsh—huddled together for a brief moment after blowing the whistle for the out-of-bounds puck, to conclude what had just transpired and what call to make for the game. They are the people charged with making the right call in each and every game, and keep to the league rules and consistency of calls for the sake of the game. They uphold peace and deal out punishment.

During the moments they were discussing the call, the replay at nearly every angle showed the puck definitively touching the glass immediately after it leaves Riley Nash’s stick, and then bouncing out into the stands. There was a clear answer; the puck ricocheted off the glass. Nash was innocent.

The officials separated, and Riley Nash was sent to the box immediately for a two-minute delay of game penalty. Seven seconds into Toronto’s power play, forward James van Riemsdyk scores to gives the Leafs a 1-0 lead. Toronto would go on to win the game.

Bruins head coach Bruce Cassidy—along with the rest of his team and many that saw the replay—was disappointed with how the officials handled the situation. “They all got together and clearly they guessed, because it hit the glass — we saw that.” Cassidy said postgame, referring to how the jumbotron in Air Canada Centre in Toronto clearly showed the puck smacking into the glass then out. “I don’t think you can guess and give someone a power play.”

While the officials did not make the right call, they are only able to work with the rules their jobs are given; in many cases, they are very limited. A rule in the National Hockey League is that any penalty call is not reviewable—the call must be made only by the four officials on the ice and no video assistance.

Only two types of penalties in the NHL are an exception to this rule, and may be challenged by the opposing team, but it’s only when goals are created off those plays, and teams are only given one opportunity to do so per game. Two years ago, the league introduced the coach’s challenge for offside and goaltender interference if a goal is the direct result of such an incorrect call.

Prior to that, calls were completely non-reviewable by video review or outside sources, such as the NHL Situation Room in the League headquarters in Toronto. The NHL was averse to any form of video replay for calls made on the ice, and has only begun to explore video replay options recently, though they still only apply to plays that involve a goal.

For calls that are clearly wrong but do not result in goals, there are no reviews and videos allowed. These calls cannot be taken back. So when Riley Nash went to pass the puck up the boards and it ended in the audience, the four officials had to work only with their collective memory to make the call. Taking what seemed like a shot in the dark, they put Nash in the penalty box, gave Toronto a power play, and their first lead of the entire series that would not budge under a tie.