Pirates Victorious on and off Field in Debut 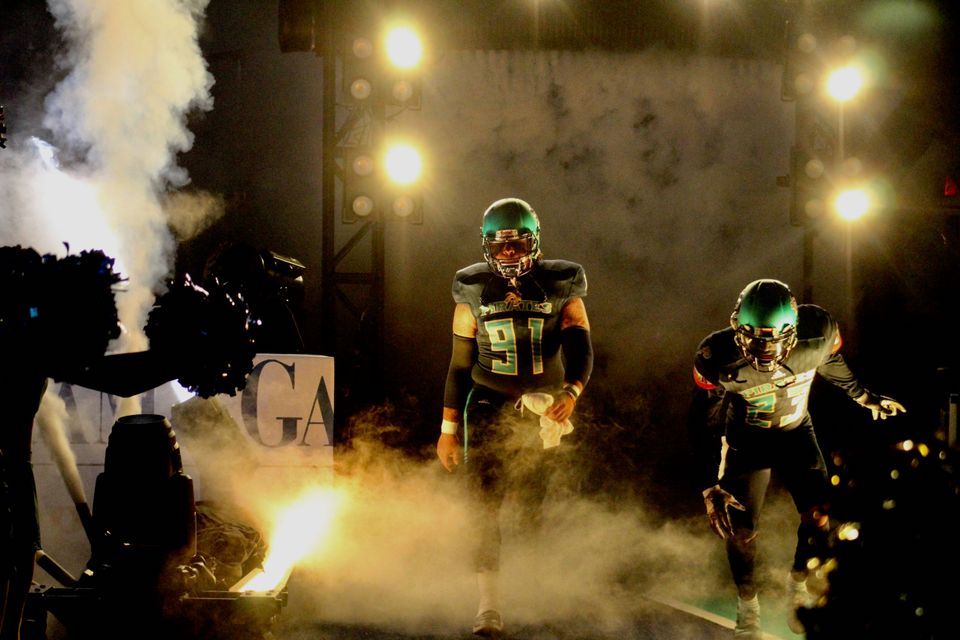 In their debut game at their hometown of Worcester, the Massachusetts Pirates brought the spectacle along with a 51-24 win against the Maine Mammoths.

With New England Patriots players of past and present in attendance, The Pirates took the DCU Center field and put on a show that didn’t disappoint.

After the Mammoths scored the first points of the game, the Pirates struck back with quarterback Sean Brackett hitting wide receiver Devonn Brown for a 32-yard touchdown pass and catch. The first offensive touchdown in franchise history.

Head coach Ameer Ismail talked about his wide receiver as well as the performance of his offense with nothing but praise for the execution and quality of play.

“Devonn Brown is a burner and he creates a lot of mismatches with his speed,” Ismail said. “(I was very proud because) our offensive line didn’t give up a sack the entire game.”

Brown himself received extensive praise from one of the leaders of the organization. Team president Jawad Yatim had all great things to say about the receiver and his three touchdown game.

“He’s pretty explosive, just one of those guys that has a different gear,” Yatim said. “(Brown) definitely showed up and I wouldn’t expect anything less from him.”

Yatim went on to say that while winning the game was a great start, there are still many things to work on.

In the first quarter, things were a little sloppy and that’s understandable because of the jitters,” Yatim said. “(Overall) it went awesome. My main focus was on operations and executions on and off the field and they did a good job.”

But what is just as important to the club is their “ninth man.” In the inaugural game, over 6,000 fans came to watch their new team and many more tailgated outside in the cold before the game.

Director of player relations Scott Prusak, a member of the front office with the difficult goal of jumpstarting a franchise, was happy with the turnout stating that it was all about introducing the fans to the team as well as the sport.

“It was great introductions all over, the crowd was really loud and it was a lot of fun,” Prusak said. “Families and people that came out will have a better understanding of the game as well.”

Fans understanding the game is imperative when introducing and promoting a new sport. Traditional fans of the New England Patriots are accustomed to an 100-yard field but when you head to Worcester to see the Pirates, the field is condensed to a distance of 50 yards. But this understanding according to Prusak, will help spread the word as the team will be doing a lot of fun things for fans going forward.

“We’re looking for ways to spread the word of the team,” Prusak stated. “We are bringing in local celebrities to let them experience and let them spread it as well.”

These celebrities this past weekend included Patriots hall of fame cornerback Ty Law as well as rapper Kid Ink who performed at the game.

After the failed experiments of past arena teams such as the Massachusetts Marauders and New England Surge, the Pirates after their victories on and off the gridiron this past weekend are primed to make the third time truly a charm.