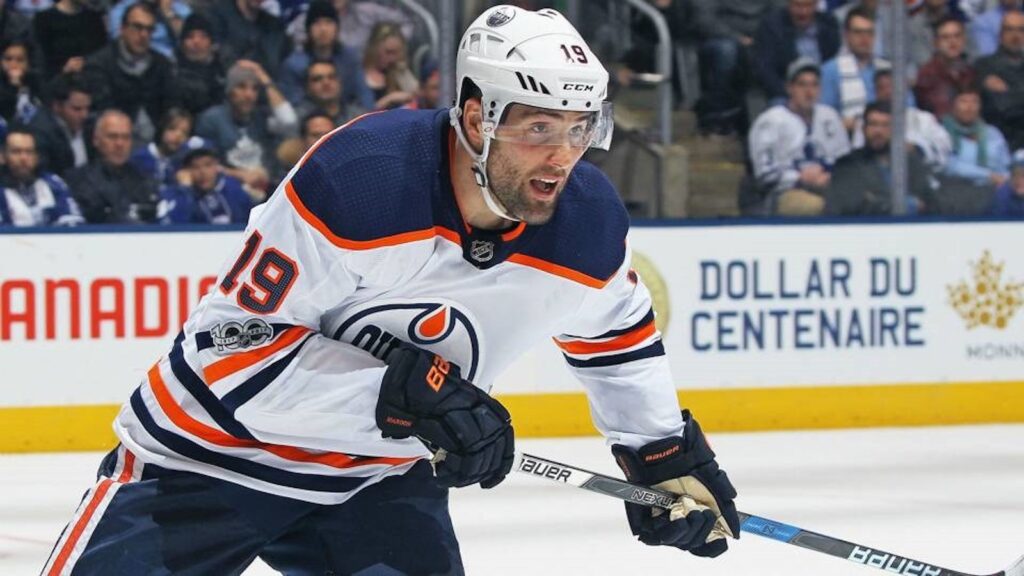 With the NHL trade deadline swiftly approaching, the Bruins are looking to buy an ideal “power forward” to bolster their already sturdy lineup.

The magic man to fit into that spot may be Edmonton Oilers forward Patrick Maroon, who would come from a team that is certainly looking to shop their players in order to strengthen a lineup for star Connor McDavid.

The report comes from sources including Bruins beat writer Joe Haggerty, who adds that Edmonton’s VP of hockey operations, Craig McTavish, was at the Bruins Sabres game on Feb. 10. A deal between the two teams is definitely possible, especially with former Bruins general manager Peter Chiarelli as the current GM of the Oilers.

Maroon is a left-shot left winger, clocks in at 6-foot-3, and has 227 pounds of hockey player to throw around, which is what the Bruins will hope he can do. The Bruins have always tried to play a physical game but are beginning to lack forwards that bring a physical presence to every shift.

That is why Maroon is appealing for the Black and Gold. At the moment, David Backes is the only forward willing to hit guys hard mid-games and continue down the ice or can be relied on to drop gloves for a teammate. Maroon can add a second gun to that holster, as the winger is not afraid to get his hands dirty in the play.

He also has some offensive promise, scoring 13 goals so far this season and 14 assists, and had a career-high 27 goals last season. Maroon is on track to hit 20 goals this season, especially if he’s given linemates such as David Backes, David Krejci, or even fourth-liner Tim Schaller.

Maroon, who is only 28-years-old, is in the last year of a three-year, $1.5 million dollar contract with the Oilers, meaning he would simply be a rental for the Bruins before hitting free agency over the summer. Because of his impending departure from the Oilers—unless they scratch out a contract for him soon, which is still possible—he is likely to be a cheap buy for the Bruins, which is great news.

Now more than ever, the Bruins should be reluctant to lose certain pieces and shake up lines too much, as they are still dismantling opponents and loom three points behind Tampa Bay for the top of the Atlantic Division with three games in hand.

Because of the near perfect harmony in the lineup at the moment, it will be interesting to see if the Bruins do end up purchasing any players over the coming days.

The deadline is Monday, Feb. 26, at 3pm, but the Bruins could remain quiet through that. If anything, they are known for being quiet at the deadline; last year is a fresh example. Moves like the acquisition of a Ryan McDonagh or Rick Nash seem unlikely, but Patrick Maroon may be an easy transaction and a smooth fit for the Stanley Cup-hunting Boston Bruins.